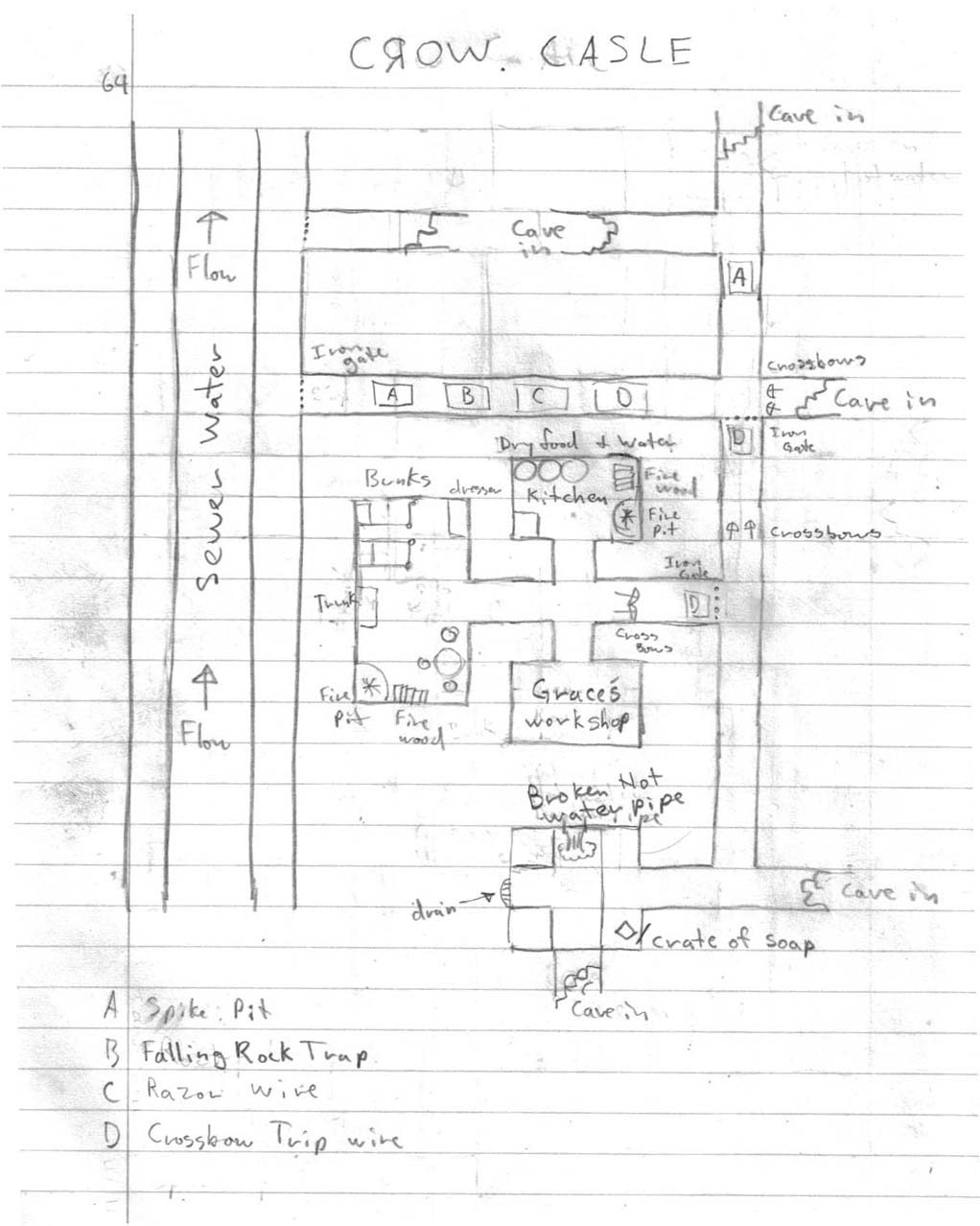 Grace is Charity’s younger sister. She is the middle child of three, who were orphaned at a very young age and are struggling to survive on their own. The three of them are very intelligent and very skilled. Each have their own skill set, which they use to help each other. Grace is very skilled with gadgets. She makes the specialized tools that Charity uses and builds the traps that protect their home, Cяow Castle. She is the only one of the three who can read and write. She has big, thick, round glasses and can't see a thing without them. She is awkward and clumsy, and tends to trip over her own feet. For this, her sisters make fun of her, and have named her Grace.

Her home is called Cяow Casle (pronounced like Crow Castle, and misspelled missing the T) It is located in the sewers. The image can be seen to the right.

Note: Grace, like Charity, was built without using the exact rules of DnD. I selected her abilities by hand, giving her what I thought was appropriate. She was not given a negative strength modifier for being a kid, instead I gave her an initial Str of 8. I am not so concerned with this for my campaign, but a strict DM would want to know this before choosing to use these stats. Additionally, due to her situation and lack of education, Grace only speaks Common but speaks more clearly then Charity.