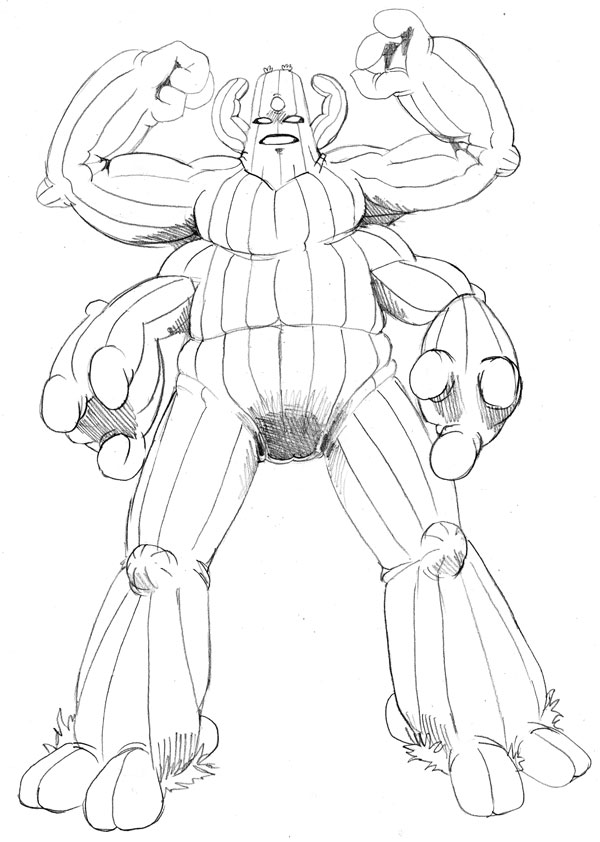 Thousand Needles (Ex): Galaktas can fire a barrage of cactus needles into a 10 foot square once every d10+5 rounds. These needles deal 7d6 piercing damage, unless a Reflex save is made against DC 18 to negate the damage.

The Eastern Beam Temple is rumored to possess great treasure, but its dangers far outweigh any money or art you may find. The reason: cactus men. They are led by a 40-foot-tall cactus man called Galaktas, capable of clear speech and overwhelming destruction. He has four arms and a sunny disposition. He can be a great source of knowledge if you ask the right questions, but you must not cross him. Smart adventurers heed his warnings; those that challenge him are thrown to compost for the surrounding cacti gardens on the Beam Temple lot. Galaktas will attack anyone who tries to enter the Beam Temple without permission. He is a firm believer in the power of Inti and the sovereignty of Sunglari aasimar over the catfolk. Galaktas hopes to see his lord Pyron again one day, to tell him how well he protected the treasures of the people.