Chased by thugs, an elf needs to get to safety before she is caught. Turning a corner in the cramped streets of the city, she stops and composes herself. Focusing on her studies, she manipulates the light around her, bending it around her form rather than letting it bounce off her. She fades from view, just before the thugs catch up. They look directly at her, yet she cannot be seen.

A human is in a great battle, fighting for his life. He is knocked to the ground and an axe is coming down straight on his head. With a wave of his hand and some intense thinking, the molecules that make up the air bind together stronger, creating an impromptu barrier that blocks the axe strike. The human rolls away from the attack, ready to continue the fight.

A dwarf crosses a bridge in the dead of night and is faced with several guards approaching him. As they demand to know who he is, with a flick of the dwarf's wrist the guards are flung straight up into the air. Now helpless, floating in mid-air above the bridge, the guards have no idea what is going on as the dwarf keeps walking along.

There are a few fundamental forces that govern all of what we know. Control them, incorporate them into your fighting style and you can become a great warrior with power over anything in this plane.

Controlling the Fundamental Forces of Nature[edit]

There are four fundamental forces of nature in the universe, which cannot be reduced into anything more basic. Gravity - pulls one mass towards another, essentially keeps you from floating off into the sky. Electromagnetism - holds atoms together, stopping gravity from pulling you through the ground. Electricity, magnetism, and light are all produced by this force. Weak nuclear force and strong nuclear force - controls respectively the decay and holding together of the nuclei of atoms. Without these forces, everything would disintegrate and float apart. Controlling these forces could potentially mean being able to create or destroy anything at all. 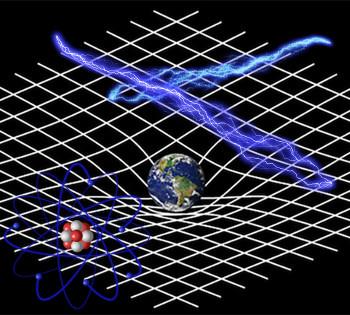 Nuclear, gravitational and electromagnetism - the fundamental forces of nature.

When creating a Fundamental Force Fighter, ask yourself how you discovered the theory of the fundamental forces. How would an in-depth knowledge of these forces help you? In what way could you use this knowledge to improve your combat skills? If you had to choose, which force would you find the most interesting or useful to you?

You can make a Fundamental Force Fighter quickly by following these suggestions. First, Strength or Dexterity should be your highest ability score, followed by Intelligence. Second, choose the Sage or Soldier background.

As a Fundamental Force Fighter you gain the following class features.

At 1st level, you adopt a particular style of fighting as your specialty. Choose one of the following options. You can't take a Fighting Style option more than once, even if you later get to choose again.

While you are wearing Armor, you gain a +1 bonus to AC

When you engage in two-weapon fighting, you can add your ability modifier to the damage of the second attack.

By the time you reach 2nd level, you have learned that magic and the fundamental forces sometime intertwine, with your research giving you access to certain spells. See chapter 10 for the general rules of spellcasting.

The Fundamental Force Fighter table shows how many spell slots you have to cast your Summoner spells of 1st level and higher. To cast one of these spells, you must expend a slot of the spell's level or higher. You regain all expended spell slots when you finish a long rest.

At 2nd level, you chose to focus on one of the fundamental forces of nature. Choose between Electromagnetic Force, Gravitational Force or Nuclear Force, all detailed at the end of the class description. Your choice grants you additional spell choices from 2nd level, as well as features at 6th, 11th, 18th and 20th level.

A knowledge of the fundamental forces means you can bring atoms and molecules together, as well as tear them apart, letting you repair things. From 3rd level, you know the mending cantrip.

The number of attacks increases to three when you reach 14th level in this class.

Your research into the inner workings of the universe has given you a greater eye for detail. From 7th level you gain proficiency in the Investigation skill. If you are already proficient in Investigation then your proficiency bonus in this skill is doubled.

Your weapon practice and your fundamental force research have combined, enabling you to create destructive damage more easily. From 10th level, your weapon attacks score a critical hit on a roll of 19 or 20.

With all your investigation into the fundamental forces and the knowledge in your mind, your body has decided to adapt too. From 15th level, the atoms in your body can pull together stronger to protect you from damage. You now have resistance to all non-magical slashing, piercing, bludgeoning and fall damage.

You have managed to combine your knowledge of the fundamental forces with your fighting skills to tear apart your opponent more easily. At 20th level, you get a +2 bonus to all attack and damage rolls.

While trying to learn about and master all the fundamental forces is admirable, it can be a bit much for one person to take on all on their own. Focusing on just one area can still reap great benefits and not cause great headaches as you try to collect as much knowledge as possible inside your brain.

Electromagnetic force is what keeps atoms together. It is also for creating light and electricity. By focusing on this force, you become more adapt at creating or removing light, as well as creating lightning.

You can add these spells to the Fundamental Force Fighter Spell List at the levels listed.