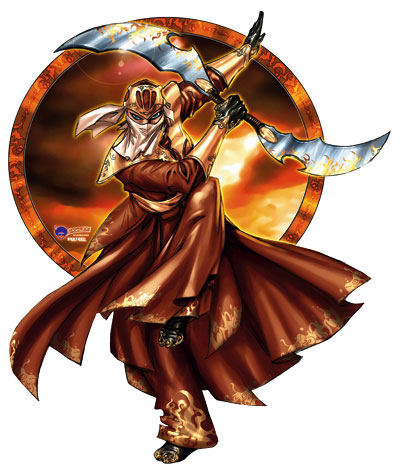 "With the strength of my ancestors at my back, I am unstoppable!"

Use Revenant Blade to treat both sides of a double scimitar as two-handed, pouncing for massive damage.