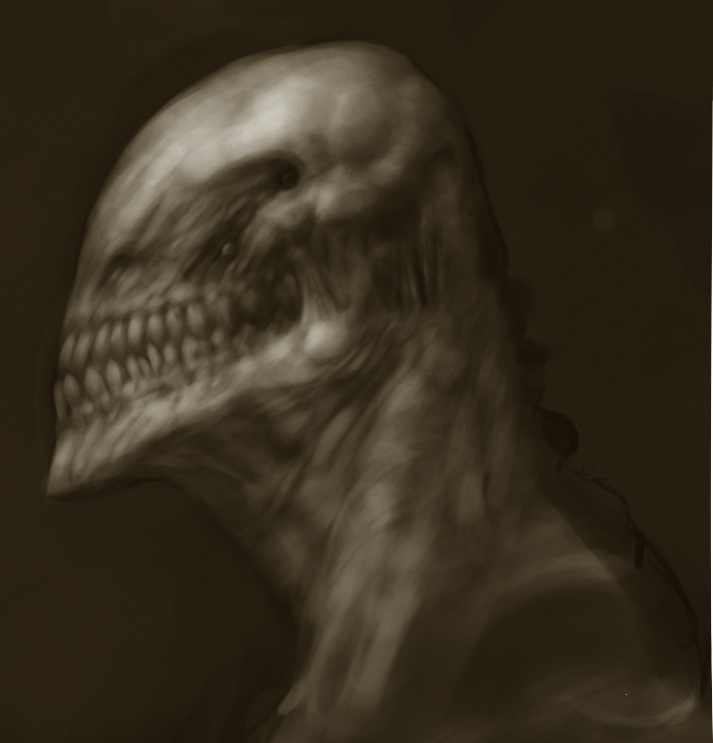 The profile of a dreg colossus

The world is still as you stand there, knee deep in ice cold water, only able to see as far as the torch-light reaches, but then there's something, the sound of heavy footsteps in the water, then the stench of rot, and then you can see it, a putrid tower of rot, looming out of the darkness, walking straight for you.

Similar to dreg golems and greater dreg golems in construction, the dreg colossus is a formidable adversary to anyone. The most dangerous quality they have though is the stench that accompanies them, which is so awful that few living creatures can even bare to be near it. Demiliches or other various, intelligent, horrible creatures may keep one in their possession, protecting something of value to them.

A dreg colossus is a mindless, destructive, machine, only capable of doing what their creators made them to do. A dreg colossus will have no strategy in combat, just charge and kill, making it easy to outsmart one in battle.

Construct Traits: Immune to mind-affecting effects (charms, compulsions, phantasms, patterns, and morale effects), and to poison, sleep, paralysis, stunning, disease, death effects, necromantic effects, and any effect that requires a fortitude save unless it also works on objects. Cannot heal damage (though regeneration and fast healing still apply, if present). Not subject to critical hits, nonlethal damage, ability damage, ability drain, or Energy Drain. Not at risk of death from massive damage, but destroyed when reduced to 0 hit points or less; cannot be raised or resurrected. Darkvision 60 ft.

Immunity to Magic (Ex): A dreg colossus is immune to any spell or spell-like ability that allows spell resistance, except as follows. An acid effect restores 1 hit point to the dreg colossus for each 3 points of damage it would otherwise deal, additionally, spells with the fire descriptor have a 20% chance of dealing damage normally.

Antimagic Field (Ex): A dreg colossus constantly generates an antimagic field in a 100-foot-radius. The field is an invisible barrier that is impervious to most magical effects, including spells, spell-like abilities, and supernatural abilities. Likewise, it prevents the functioning of any magic items or spells within its confines, except for the dreg colossus’s own supernatural abilities. This effect is otherwise as an antimagic field cast by a 25th-level caster.

A colossus’s natural weapons are treated as epic for the purpose of overcoming damage reduction.

The construction cost given for a dreg colossus takes into account the physical body and all the materials and spell components that are consumed or become a permanent part of it. Except for the much tougher requirements, constructing a colossus is not unlike constructing a golem.

A dreg colossus’s body before animation is similar to a small, putrid swamp in appearance, having a net weight of at least 275,000 pounds. The colossus costs 960,000 gp to create, which includes 150,000 gp for the body. Assembling the body requires a successful Craft (alchemy) check (DC 35). The creator must be 25th level and able to cast epic spells. Completing the ritual drains 38,400 XP from the creator and requires geas/quest, limited wish, polymorph any object, and contagion.