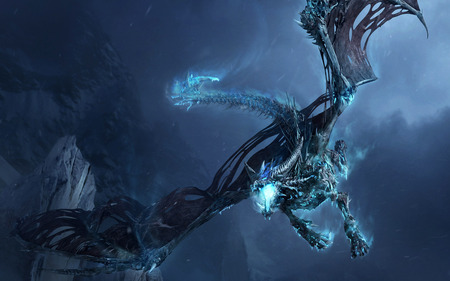 It's a dragon. A middling reaction is not an option here.

Dragons. You know them. They're big scaly lizards with wings and extremely unpleasant breath. They're also all over the place with their alignments, so the class is fairly broad to allow one to make it up as one goes along.

The dragon is a racial class, designed to be ridden the whole way through. Because it doesn't get a pile of extra HD, its chassis looks quite impressive, what with the good saves. However, the saves are just there to compensate for the dragon usually not being one to multiclass and increase their saving throws that way. It has impressive natural weapons and physical abilities, for once allowing a party to have a member who can fight Huge/Gargantuan/Colossal monsters on their own terms. Their natural weapons are varied and strong, and their spheres give them great versatility and keeps them from being one-trick ponies.

A dragon makes an excellent mount, and this class need not be used for a PC--it could just as easily apply to a cohort/mount.

Abilities: Strength and Constitution help the dragon with its combat. Charisma helps with their spell-like abilities.

Races: Did you READ the name of the class? Well, okay, actually, you can pick a dragon color/species and get its types and subtypes.

Starting Gold: Just about anything. It could vary from a piece of quartz and most of a roll of quarters, to the dragon inheriting a decent hoard.

Dragons get stronger and wiser as they grow and develop. They also get very interesting natural weapons. All of the following are class features of the Dragon.

Weapon and Armor Proficiency: Dragons can use light armors, but not shields or weapons.

Immunities: The dragon gains immunity to paralysis, sleep, and one energy type (or another kind of effect roughly as common).

Bite: The dragon has a bite primary weapon, with a base damage of 1d8 for a Medium dragon, 1d10 for a Large creature, etc. plus its strength modifier.

Breath Weapon (Su): The dragon can emit a deadly breath weapon of the energy type to which it has immunity. As appropriate, it will either come out as a cone with short range, or a line which is twice that long(5xdragon class level) and has a width of 5 feet plus 5 feet per ten class levels. The breath weapon deals 1d6 damage for level, with a Reflex save for half. Once used, this breath weapon cannot be used again for 1d4 rounds. Save dc for this Attack is 10 + 1/2 of their level + dragon’s Con modifier.

Claws: At 2nd level, the dragon gains two claw secondary attacks, with a base damage of 1d6 for a Medium dragon, plus its Strength modifier.

Draconic Scales (Ex): At 2nd level, the dragon gains a racial bonus to natural armor equal to its class level.

Draconic Strength (Ex): At 2nd level, the dragon gains a +2 racial bonus to Strength. This bonus increases by +2 every four levels after 2nd.

Draconic Presence (Ex): At 3rd level, the dragon gains a +2 racial bonus to Charisma. This bonus increases by +2 every three levels after 3rd.

Bonus Feat: At 4th level and every two levels thereafter, the dragon gains a monstrous feat for which it meets the prerequisites.

Size Increase: At 4th level The dragon's size increases to Large. It increases to Huge at 8th Level, Gargantuan at 15th, and Colossal at 20th. Plus add the bonus for change of size category.

Tail Slap: At 4th Level the dragon can slap one opponent each round with its tail. A tail slap deals the indicated damage (1d8 Large, 2d6 Huge, 2d8 Gargantuan, 4d6 Colossal) plus 1½ times the dragon’s Strength bonus (round down) and is treated as a secondary attack.

Draconic Senses (Ex): From 7th level on, the dragon gains 60' darkvision and sees twice again as far in low-light conditions. Both benefits are cumulative with existing darkvision or low-light vision.

Strengthened Wings: From 3th level on, a landed dragon can make secondary natural attacks with both of its wings, with a base damage of 1d6 for a Medium dragon, plus the dragon's Strength modifier. Also 7th level the dragon's fly speed doubles. Every four levels after 7th, the fly speed multiplier increases by 1.

Crush (Ex): At 8th level a dragon gains a Crush attack. This special attack allows a flying or jumping dragon of at least Huge size to land on opponents as a standard action, using its whole body to crush them. Crush attacks are effective only against opponents three or more size categories smaller than the dragon (though it can attempt normal overrun or grapple attacks against larger opponents).

A crush attack affects as many creatures as can fit under the dragon’s body. Creatures in the affected area must succeed on a Reflex save (DC 10 + 1/2 levels in the Dragon class + dragon’s Con modifier) or be pinned, automatically taking bludgeoning damage during the next round unless the dragon moves off them. If the dragon chooses to maintain the pin, treat it as a normal grapple attack. Pinned opponents take damage from the crush each round if they don’t escape.

A crush attack deals the indicated damage (2d8 for a Huge dragon, 4d6 for Gargantuan, 4d8 for Colossal) plus 1½ times the dragon’s Strength bonus (round down).

Damage Reduction (Su): At 8th level, the dragon gains damage reduction equal to its class level, pierced by magic weapons, and its natural weapons are considered magic for purposes of overcoming damage reduction.

Frightful Presence (Ex): A dragon of at least 11th level can unsettle foes with its mere presence. The ability takes effect automatically whenever the dragon attacks or flies overhead. Creatures within a radius of 10 feet per class level (11th leves) and 15 feet per class leves (13th leves) are subject to the effect if they have fewer HD than the dragon. A potentially affected creature that succeeds on a Will save (DC 10 + 1/2 Dragon level + Cha Mod) remains immune to that dragon’s frightful presence for 24 hours. On a failure, creatures become shaken for 4d6 rounds (frightened if have 6 fewer HD, or panicked if they have 11 fewer HD). This ability doesn't stack with itself (even if used by more than one creature). Dragons ignore the frightful presence of other dragons.

Tail Sweep: At 15th level, a dragon of at least Gargantuan size gains a tail sweep attack that allows it to sweep with its tail as a standard action. The sweep affects a half-circle with a radius of 30 feet (or 40 feet for a Colossal dragon), extending from an intersection on the edge of the dragon’s space in any direction. Creatures within the swept area are affected if they are four or more size categories smaller than the dragon. A tail sweep automatically deals the indicated damage (2d6 for Gargantuan, 2d8 for Colossal) plus 1½ times the dragon’s Strength bonus (round down). Affected creatures can attempt Reflex saves to take half damage (DC equal to that of the dragon’s breath weapon).

Other Classes: It depends on the individuals involved, really. Paladins may get along famously with metallic dragons, and they may form a partnership which extends to the Paladin riding the dragon. Of course, Evil warriors could have much the same relationship with chromatics. Also, dragons tend not to like thieves--what with those hoards and all.

Combat: You pack a wallop, and you can do it from reach. You also pick up a bit of spellcasting and some other abilities to expand the repetoire of what you can do.

Advancement: There isn't much in the way of that. I mean, you COULD, but it seems like cheating somehow.

Dragons are found in caves, mountains, swamps, forests, deserts...pretty much everywhere. They're big, and they keep a large chunk of civilization's money out of circulation.

Daily Life: Ancorgon the Red rolled over on his hoard. He absently scratched his belly, knocking loose some coins and gems. Then he went back to sleep, and stayed asleep for a week.

Notables: Smaug, Fafnir, Icingdeath...Pick a dragon from Dragonlance, any dragon.

Organizations: Not much of one.

NPC Reactions: It's a dragon. A OH WHATEVER reaction is not an option here.