By becoming a demonbinder, you sacrifice your immortal soul for the instant power granted by the abyss. You draw demonic agencies inside yourself, triggering vile transformation that bestows not only a sampling of a fiend's power, but also leaves a resemblance to that fiend. Constant exposure to these creatures leaves a stain on your soul so foul that no act of restitution will ever cleanse it. 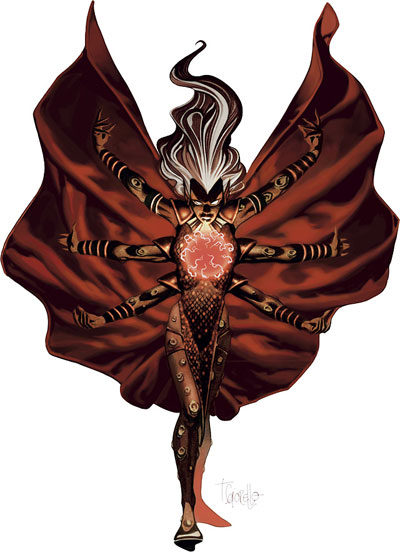 Demonic Action (11th Level): When you spend an action point to take an extra action, if you use that action to make an attack that hits, the attack also deals ongoing 5 poison damage (save ends).
Demonbind (11th Level): Your darkspiral aura has a starting value of 1 rather than 0. As a minor action you can reduce your darkspiral aura by 1 to gain one of the following benefits.

Demonic Revenge (16th Level): When you become first bloodied in an encounter, you unleash a burst of arcane energy that deals 5 + your Charisma modifer or Constitution modifer fire damage to all your enemies within 10 squares.