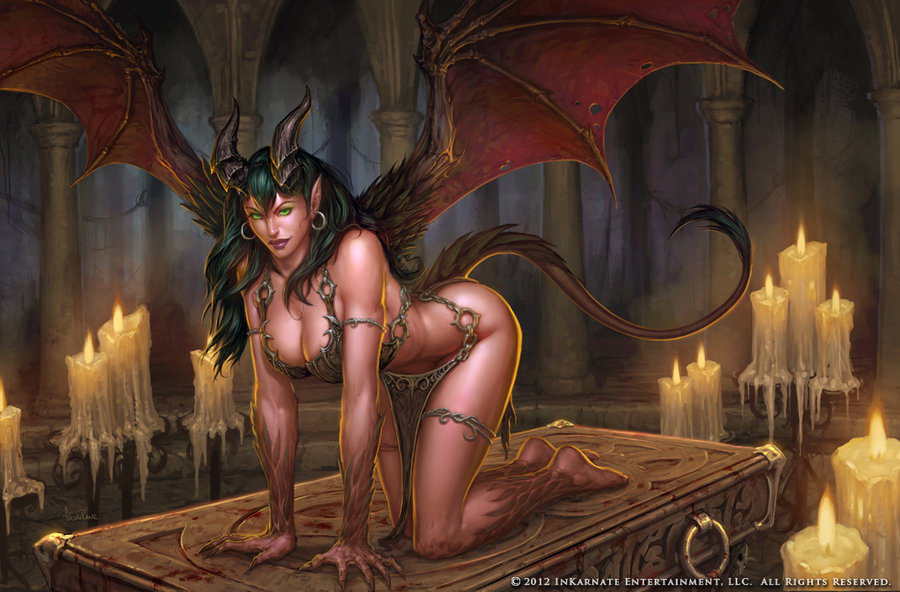 This is a Dembora Demon

Dembora Demons look almost exactly like a regular Succubus, except for the fact that they are the more agile, stronger, and wiser, of the family. They are kinda like Warlocks. They are always Female. A Dembora Demon has a female human head, 2 horns sticking out of the forehead. They have a glaring menacing overall visage. They have normal Human Ears. Their eye color is Amber and they have 2 eyes. They have a normal looking nose. Their mouth is a average mouth except that they have fangs. They have a female human like body, of normal size and weight of a female human. They have very broad muscles for a female. They have a tail with a very sharp point at the end. The tip is poisoned, and they are immune to this poison. Their body smells of perfume. Their skin is a normal females skin, nice and smooth, but very cold to the touch. They are usually white colored skin. They have a normal arched back. They have Black Bird Like Wings. They have human like arms, nails, legs and feet.

Dembora Demons must have the following stats or higher:

One at a time:

At Will all day:

At Will 3 times per day: