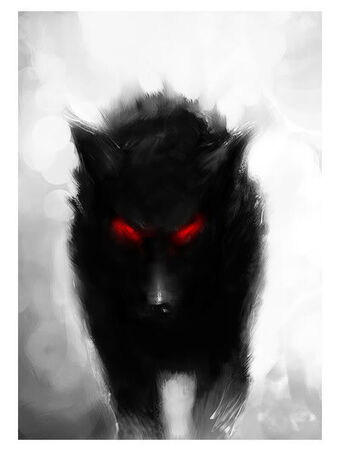 The Circle of death is the pure manifestation of the circle of life. As a result your circle is able to change the natural flow of life at will. Death is for you a natural thing and only a part of every living being. Many seek immortality but not the people in your circle. For them its the way of life but until they become one with death and darkness they use its power.

Before the students of the circle are allowed to pilgrimage and spread the knowledge they must absolve a final test. As proof of your skills and as a guardian on your journey you must complete a ritual to bind a soul to you. As result of this you gain the service of a shadow summoned from the afterlife.

Starting at 2nd level, the shadow assumes the form and game statistics of a Beast with the max CR of 1. It gains an additional creature type, being Undead. It always obeys your commands, which you can give telepathically while it is within 100 feet of you. The shadow doesn’t require sleep and while it is within 100 feet of you, it can awaken you from sleep as a bonus action.

As a bonus action, you can temporarily store your shadow in your own shadow, where it awaits your summons. As an action while it is temporarily dismissed, you can cause it to reappear in any unoccupied space within 30 feet of you.

The shadow beast vanishes when it dies, if you die, or if the two of you are separated by more than 5 miles. At the end of a long rest, you can call the shadow back to you—no matter where it is or whether it died and it reappears within 5 feet of you.

At Higher Levels: At 7th level your bond between the shadow and you have strengthened so much that you can travel some distance in your shadow’s realm. As an action, you can expend a use of your Wild Shape feature to swap positions witch your shadow beast, rather than transforming into a beast form. Although you can cast a spell which normally target just you on your shadow beast companion instead of yourself. You can cast spells on your shadow even if the spells normally would not affect it. (This does not allow the shadow to share abilities that are not spells, even if they function like spells).

At 9th level, the attacks of beast count as magical for the purpose of overcoming resistance and immunity to nonmagical attacks and damage.

At 2nd level, you gain the ability to manipulate the line between life and death. When you would normally roll one or more dice to restore hit points with a spell to a creature at 0 hit points, you instead use the highest number possible for each die. In addition, you learn the Spare the Dying cantrip, which doesn't count against the number of druid cantrips you know. For you, it has a range of 30 feet, and you can cast it as a bonus action.

At 3rd level you can cause the living to bleed out at a touch, and find comfort in the presence of the dead. As a melee touch attack, you can place a curse upon a living creature. A cursed creature takes 1d6 necrotic damage per round at the end of each of its turns. This effect persists for a number of rounds equal to 1/2 your druid level (minimum 1) or until stopped with a DC 15 Wisdom(Medicine) check, the creature regains hit points, or the curse is lifted. You can use this ability a number of times equal to 3 + your Wisdom modifier per long rest.

After a long time you learn how to control the darkness around you and how you became one with it. At 3rd level, you can use your action to step into the shadows, immediately teleporting into an unoccupied space up to 30 feet from your position that you can see, that is in dim light or darkness.

After a long time you learn how to control the darkness around you and how you use it for your own sake.

At 6th level you can cast flame-like shadows over your body for a minute, causing you to become heavily obscured to others. The shadows turn dim light within 5 feet of you into darkness, and bright light in the same area to dim light. Until the spell ends, you have resistance to radiant damage. In addition, whenever a creature within 10 feet of you hits you with an attack, the shadows lash out at that creature, which must make a Dexterity saving throw against your spell save DC. On a failure, a creature takes 2d8 necrotic damage. On a success, a creature takes half as much damage. You can use this ability a number of times per long rest equal to half your druid level rounded down + your wisdom modifier. At the end of a long rest, you regain use of this ability.

At 8th level, you can cover yourself as a bonus action in flames and at 12th level as a reaction. In addition, the damage increases by 1d8. at 10th, 14th and 18th level. At 16th level the duration increases to two minutes.

At 10th level, you gain absorption to necrotic damage and vulnerability to radiant damage. If the damage would heal you completely you instead gain one fourth of the damage as temporary hitpoints. (this doesn't count for self inflicted damage)

At 16th level undead creatures views you as one of them and are neutral against you.

You realize that the power of life and death flows through your body which allows you to do the impossible. At 14th level you gain two additional spell slots of your choice and each undead you create will obey you for eternity. You don't lose control over undead creatures you control. The maximum amount is the half of the combined number of your druid level + wisdom modifier + intelligence modifier rounded down.

At 20th level you became one of the chosen ones and a true master in manipulating the circle of life itself. The soul reaper allows you to use Power Word Kill or True Resurrection (Power Word: Heal in permanent death campaigns) as an action without the use of material components. You can use this feature once per long rest.

I tested it in multiple campaigns but only to level 18. I hope the level 20 skills aren’t too strong, but I think it’s the best to talk with your dm over this druid subclass. So, have fun with this druid subclass which is specialized in necromancy and support.