*Replace Animals with Knowledge in a pony based campaign. 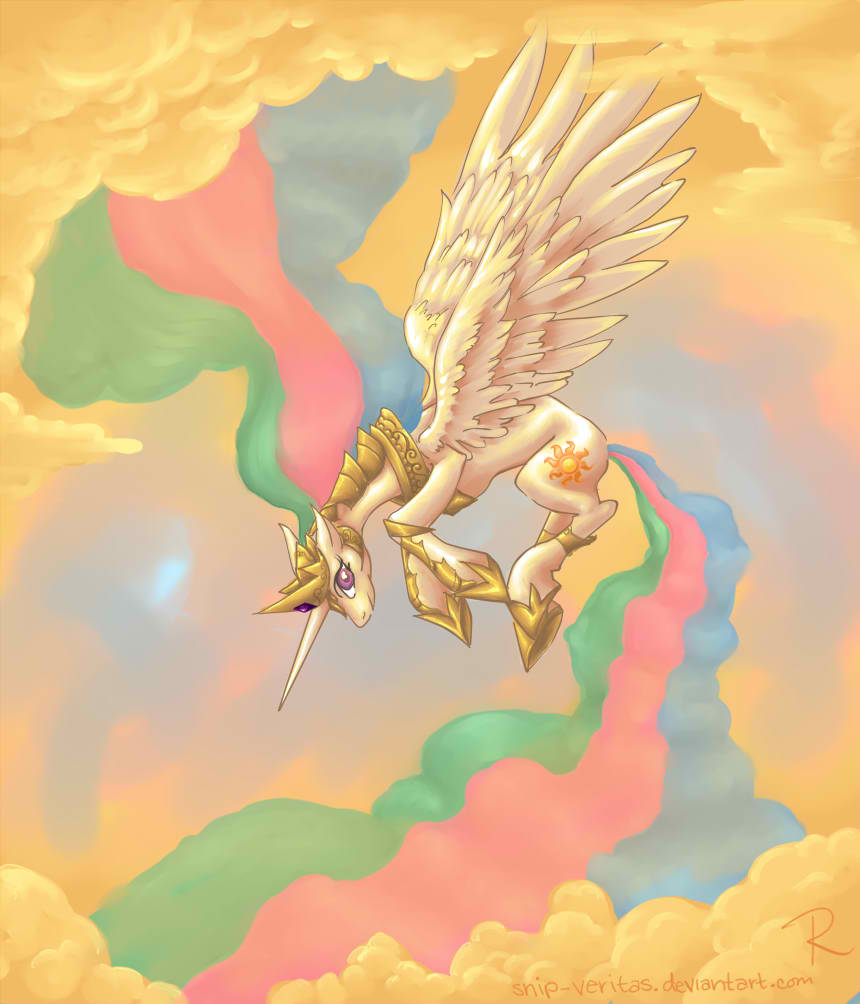 Celestia is the older sister of Princess Luna and is the goddess of the sun. She is known by many names, but to those most devoted to her, she is known simply as Celestia. She appears as a Alicorn with mint or pink hair. To her more primeval followers she is known to be responsible for the movement of the sun. When ever she makes a worldly appearance, her behavior will be very specific and almost extreme depending on her company. If she appears before a being of good and righteousness, she will appear as a loving mother. If she appears before a selfish doer of evil, she will appear with a mane of fire and her voice would strike fear into anyone who hears it.

Celestia's followers are often paladins or other keepers of the peace. Hunting down all forms of evil and chaos, or simply staving off chaos in all it's forms. Her worshipers have little care for anyone of a chaotic nature, especially worshipers of Luna. Celestia abhors the use of Necromancy or any other form of magic designed to harm it's target, if an enemy of Law must be dealt with, it must be by the sword.

The major temples of Celestia to be made (Either partially or in full) of gold, however because of gold's rarity, it is not uncommon for poorer worshipers to build a temple out of gleaming white stone. On the east side of the temple will be an enlarged version of Celestia's symbol set into the wall, with a glass less window where the hole is. The sun can be seen from this window and temple-worship is normally conducted when the light hits a gemstone set into the center of the temple. The main temple of Celestia is home to the goddess herself. This temple is made entirely out of solid gold, and her worshipers will often flock for miles, to watch her raise the sun every morning.

Celestia's Clerics consider themselves warriors of law. It is not uncommon for such followers to learn the ways of the sword as well as daily worship. Celestia's Clerics never get along with Clerics of Luna, despite being on the same side, arguments will often break out among these 2 groups, which can lead to violence if the situation is not handled.