The Blackguard is a group of notorious criminals, many of whom are believed to have been dangerous convicts who escaped from their prisons after the Gorge. They are known for their highwaymen activities, attacking caravans of supplies, and seizing and pillaging small towns within their realm of influence. Some say that they were originally a family of brigands that used this address, but it eventually became more widespread as the Gorge sowed discord and increased their numbers. 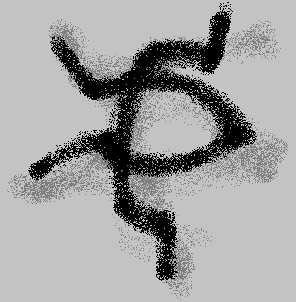 The mark of the Blackguard

The Blackguard are led by a few particularly ruthless and powerful scoundrels known as the Black Heart. Their hierarchy is strict and rigid. Under the Black Heart are their second-in-commands, who then monitor numbers of lower lackeys.

Most of the Blackguard is composed of former convicts, criminals, and other sorts of ne'er-do-wells.