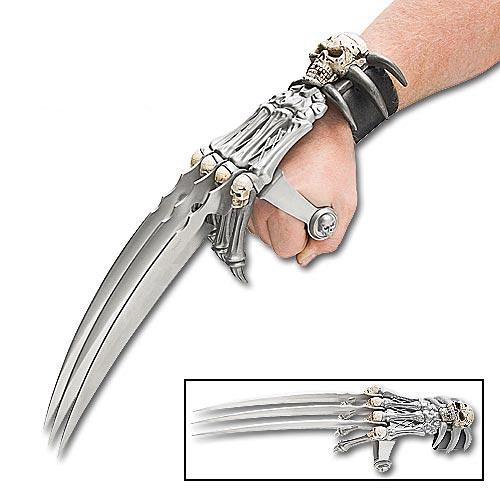 The bear claw is a small, three-bladed weapon worn on the wrist (similar in appearance to the weapons used by Wolverine of the X-Men).

A bear claw counts as a special monk weapon: a monk proficient with it can use Flurry of Blows with it.