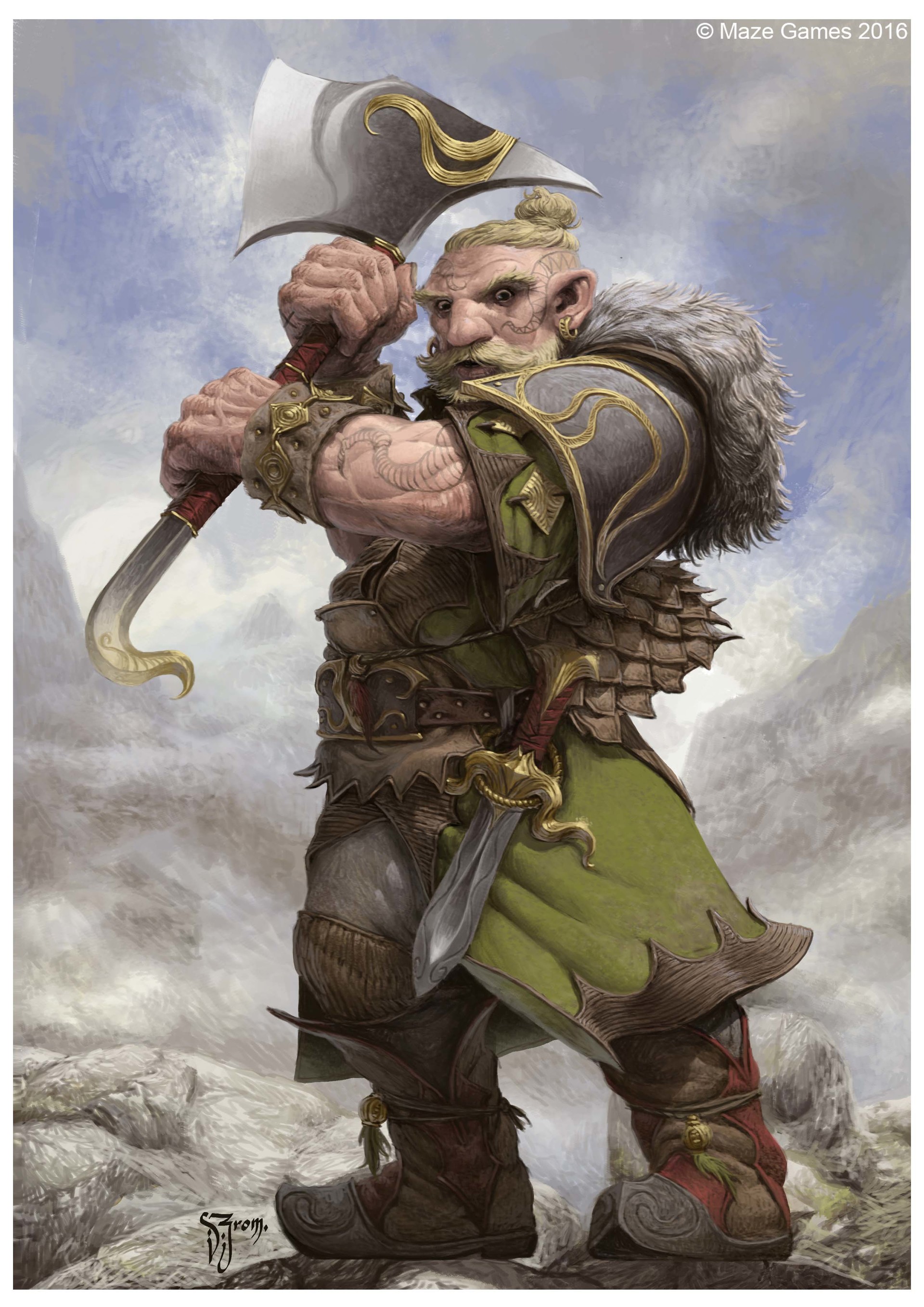 Warriors depend on their martial prowess in combat in order to deal damage to their targets. They rely heavily on their own natural abilities in combat and by strategic placement near their allies to defeat their enemies. Focused predominately on dealing damage instead of defending like normal fighters, warriors deal extra damage to their opponents with their attacks which boosts their damage level, putting it on par with other strikes like the rogue and ranger, at the expense of their health and to a limited extent defenses. While not specifically focused on charging, as a Strength primary character they are capable of making melee basic attacks, however they are unique from the Barbarian in this respect and in their use of heavy armor.

Warriors are as much about dealing damage as they are about surviving on the battlefield. While you have naturally high defenses, it's always a good idea to invest in improving your defenses, such as with the improved defenses or toughness feats. As all of your attacks are weapon based, it's recommended that you pick up weapon proficiency feats in superior weapons, as well as potentially damage boosting feats that relate to melee attacks. Feats which boost your opportunity attacks can be useful as you are granted special bonuses to opportunity attacks. Martial feats, such as martial styles, which increase your damage, or fighter specific feats can be useful for increasing damage or survivability. As your secondary ability is constitution, you will qualify for hammer or axe specific feats, such as hammer rhythm.

As you are a heavy armor dependent class with secondary abilities that do not boost lightly armored defenses (such as dexterity or intelligence), you should start with the highest armor you can, or scale. Plate armor should be your next choice, which will require getting the "Plate armor training" feat in order to get. As your secondary ability is constitution, you will be able to pick up plate and feats which benefit plate, as well as receive bonuses to using axes, hammers, and maces. The biggest choice to make will be between two-handed weapons or using a shield, as you will deal slightly more damage to the target if you use a two-handed weapon but will receive a substantial bonus to defenses if you use a shield. Certain powers only work or work best with a two-handed weapon. Dual wielding is a possible feature for damage, but is less effective than other comparative dual-wielding classes without a bonus to off-hand weapons.

You must choose the "Warrior" fighter path to gain all of the following features. You cannot simply choose some of the features as new additions to the fighter, but instead are given these powers by choosing the path. You use all of the same fighter encounter, utility and daily powers, but must use the described class features. You can choose at-will powers from the fighter class in addition to the newer at-wills presented. It's important to bear in mind that some fighter abilities allow you to mark or focus on defender oriented abilities; for encounter and daily purposes, you can mark, which gives you secondary defender abilities, much like how the paladin has secondary healing abilities. You are of course still predominately a striker.

Combat Challenge functions similarly to regular fighters, however it works with a few changes. The power no longer marks. Although for functions of feats, prerequisites, paragon paths and other abilities it functions as the same, instead the text reads only as "Whenever an enemy that is adjacent to you shifts or makes an attack that does not include you, you can make a melee basic attack against that enemy and you deal an extra d8 damage on the damage roll." In this way you still have access to fighter modifications and other abilities, but it does not allow for you to mark targets. For the purposes of consider a target effected by Combat Challenge, you only need to target it (but the target is still not marked). The damage increases to 2d8 at level 11, and 3d8 at level 21.

Once per turn when you deal damage to a target, you can choose to add an additional D8 damage to the damage roll. This effect can apply on attacks granted by an action point, even if you have already used it that turn. The damage increases to 2d8 at level 11, and 3d8 at level 21.

For the purpose of meeting prerequisites, the "Fighter Weapon Talent" functions as the same. However, the text and benefit is replaced with "When using weapons, you gain a +1 bonus to attack rolls."

You gain the "Warrior's Surge" fighter encounter power. You may use it three times per encounter.

Benefit: You can choose to gain two of the following at-will powers, or select other fighter at-will powers. At level 21, the damage increases to double the damage die or 2[W]. You must have the Warrior fighter path in order to take these powers.

You can choose the following powers instead of fighter powers at the appropriate levels.