(Inspired by the Ritualist class from Guild Wars 1)

What is a Spirit Lord?[edit]

A communer between the dead and the living, you summon spirits to aid the living. Your studies of the dead and ethereal plane have allowed you to summon spirits, and call them to your aid. Studying death is a dark path, and reveals to you many evil doings. Your own purpose is to be decided: will you call on spirits and deliver their final wishes, or will you condemn your enemies to join them?

Did someone train you? What incepted your obsession with the dead? Why would you want to bring the dead temporarily? Are you searching for a certain spirit, or do you just wish to manipulate the dead? Are you trying to find a way to avoid death? Are you inspired by other Spirit Lords? Where did you study? One of the key ideas in being a Spirit Lord is having a purpose for manipulating souls of the dead - there is no way that this is a welcome practice, or that it does not come at a cost. Are you more interested in the theory (spellcasting) or the practice (summoning and fighting)? Are you more of a healer (passive) or destroyer (aggressive)?

You can make a Spirit Lord quickly by following these suggestions. First, Wisdom should be your highest ability score, followed by Constitution or Dexterity. Second, choose the Acolyte, Far Traveller or Inquisitor background. Third, choose a Shortsword, Arcane Focus, Explorer's Pack and 1 Dagger

As a Spirit Lord you gain the following class features.

You can use an arcane focus as a spellcasting focus for your spells. This is usually a staff adorned with small bones of creatures.

Starting at 1st Level, through studies of the dead, you are able to summon lost spirits. The maximum number of spirits you can have summoned at any one time is listed in the Spirit Lord table above. Your bonds with the spirits grant benefits to you and your allies. The following details are the rules for spirits:

At 20th Level, you are at unity with the spirits and make an ultimate pact with them. Should you die, your body will no longer be accepting to your soul as a vessel. For 8 hours, your spirit is free to wander and find a new dead body to inhabit, provided the body would still be able to function for a living being. Alternatively, if you are resurrected in some way, you return as a spirit, and must find a new willing body to return to. If this body belongs to a different race, you lose the racial benefits of your old body, and gain the racial benefits of your new one (see Reincarnate). Choose one of the following pacts:

You seek to use your knowledge of the spirits to bring them into the material plane once again, that they might fight on your behalf, or protect your allies.

2nd Level. You seek to summon more potent spirits. You gain 1 Summoner point, to be invested in a branch of your choosing from the table below. You gain another point at 6th, 10th, 14th and 18th level. You can choose to invest in 1 branch only to gain the full benefits, or in multiple branches to gain small benefits from each.

6th Level. Before a creature makes a saving throw against one of your spirits attacks, you can increase the Spell Save DC by 3. Once you use this feature, you may not do so again until after a short rest.

At 18th level, you can increase the Spell Save DC by 4, and use this feature twice before a short rest

10th Level. You connection to the spirits has grown deeper, allowing their actions to use your strength. Whenever your spirits make a roll to damage a creature or heal an ally, add your spellcasting modifier to this roll.

Once per short rest, you can cast Speak with Dead without expending a spell slot

14th Level. The spirits grow more accepting of your summons through your frequent practice. You can cast spells which summon spirits as a bonus action instead of an action. You can use this feature a number of times equal to your Wisdom modifier per long rest.

18th Level. A Spirit of Empowerment (passive) is forever your companion, and is always in the space you last occupied during your movement (including involuntary movement). The spirit of empowerment has no actions on its turn. While it is alive, damage is split between you and the spirit, with you each taking half damage. The spirit is "invisible". Creatures that pass through the spirit take 1 psychic damage, as the creature experiences an uncomfortable and inexplicable sensation. Creatures of your choice are not affected by this. After each long rest, choose how the spirit empowers you. If the spirit dies, its benefits disappear. The spirit returns once you successfully complete a long rest.

You seek to use your knowledge of death to bring it swiftly upon wrongdoers, using spirits to make your attacks stronger and sometimes unpredictable. Being self-proclaimed judge & jury comes at a cost - you know the only way down is path is through sacrifice

2nd Level. When you kill a creature, you can use your reaction to immediately draw its spirit out. A Spirit of Vengeance (aggressive) rises from the corpse. You can use this feature a number of times equal to your Wisdom modifier.

2nd Level. You pass judgement and sentence on others, condemning their spirits in ways you see fit. Your punishments can be swift or torturing. You learn to use lost spirits as a weapon in a manner which you see fit. You gain access to the following spells as you gain levels in the Spirit Lord class:

You learn how to summon the cremated ashes of the seven acclaimed Spirit Lords, drawing on their powers. You are able to temporarily summon the urns that hold their ashes. If you drop the urn by failing a constitution save to maintain concentration, the urn explodes with spiritual force. You may also choose to drop or throw the urn yourself as a bonus action. Choose 2 spells from the list below. (Action, self, Requires Concentration, 1 minute duration) 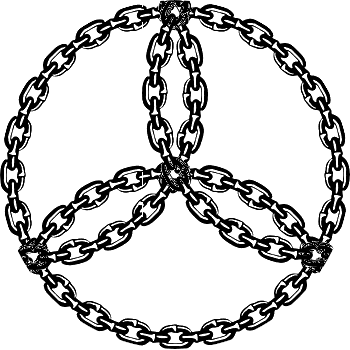 Mark of the Chained 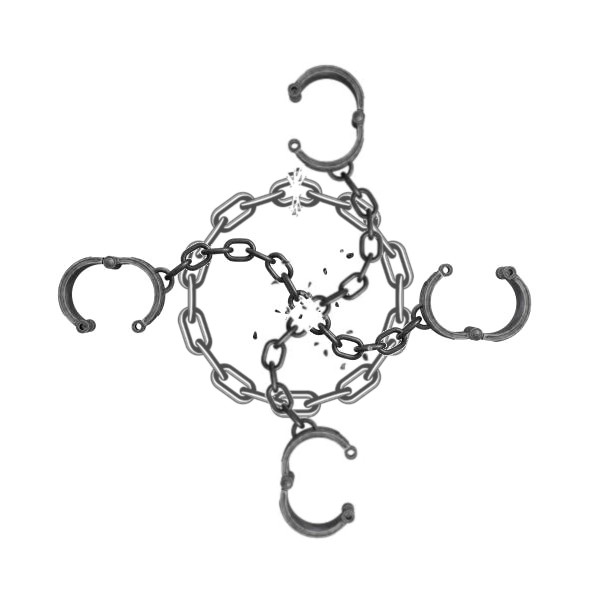 Mark of the free

6th Level. You make an offering to the spirits to become closer to them. Choose a limb. Through sacrifice, this limb is severed, and the limb disappears. In its place, a ghostly limb takes its place. The limb is translucent, but material: objects cannot pass through it.
If you sacrifice an arm, weapon attacks with that arm deal bonus 1d4 damage. If you sacrifice a leg, your movement speed increases by 5ft.

6th Level. As a reaction, whenever you take damage, you can instead choose a spirit within 30ft to take that damage. You cannot use this feature more than once per short rest.

10th Level. You make another offering to the spirits. Choose an eye to sacrifice. The eye disappears. A ghostly eye takes its place. You have advantage on Perception rolls.

10th Level. Your ghostly eye gives you a heightened sense of incoming attacks. Before an attack against you is made, you can impose disadvantage on the attack roll. You can use this feature up to 3 times before a long rest.

14th Level. You carve a large detailed symbol deep into either your chest or your back. Examining the symbol closely shows that it gives off a faint ghostly glow. Choose one of the following:

14th Level. Once per short rest, you can choose to have resistance to an attack when you take damage.

18th Level. Your full trust is with the spirits as your sacrifice your heart to them. A ghostly heart pumps new blood, making you stronger than ever before, and changing your biology. As a bonus action, you become the embodiment of a spirit for up to 1 minute. You must spend a bonus action each turn to maintain this form, or you can regain your (mostly) physical form as another bonus action. Once you use this feature, you cannot do so again until you finish a short rest. As a living spirit, you have resistance to damage from non-magical attacks, and are immune to necrotic damage. Provided the there is a narrow (at least 1 inch) gap to do so, you can move through walls/doors/windows of buildings.

You have advantage on Death Saves.

Path of the Spirit Warrior[edit]

You seek to use your knowledge of the spirits to harness their energy through weaponry, dealing harsher blows.

2nd Level. You commit to the path of a warrior. You gain proficiency in medium armour and martial weapons.

6th Level. When a creature within 30ft dies, you can immediately use your reaction to summon a spirit of your choice by expending that spell slot. The spirit rises where the creature died. You can use this feature a number of times equal to your Wisdom modifier per long rest.

10th Level. On your turn, your can attack twice instead of once when using the Attack action.

10th Level. On your turn, instead of taking actions on their turns, spirits can instead behave as portals. Travelling from one portal to another costs 5ft of movement, and can provoke attacks of opportunity as normal (leaving reach). You can use this feature a number of times equal to your Wisdom modifier per long rest.

14th Level. You draw strength from your spirits, and this can manifest in your attack. As an action on your turn, you can make a single attack. This attack gains +1 to the attack roll for every 2 spirits within 30ft, and deals 1d4 bonus necrotic damage for each spirit within 30ft. You can use this feature a number of times equal to your Wisdom modifier per long rest. On a Critical Failure, the DM can allow either normal CF rules to apply, or one of your spirits immediately dies as you mistakenly draw out all of its strength.

18th Level. Once per long rest, you can summon an army of spirits as an action, up to your spirit maximum. The spirits appear within a 30ft radius of you at locations of your choice, and disappear at the end of your turn (any spirits from before this turn still remain). You can speak a command word, and they take one of the following actions immediately:

The Spirit Lord learns 1 spell per Spirit Lord level from the following spell lists (in bold are the homebrew spells for this class):

Prerequisites. To qualify for multiclassing into the Spirit Lord class, you must meet these prerequisites: Wisdom 13

Proficiencies. When you multiclass into the Spirit Lord class, you gain the following proficiencies: None