Saber is one of the seven standard Servant classes summoned for the Holy Grail War. Servants of this class are adept at hand-to-hand combat, as well as agile and powerful warriors adept at the sword. 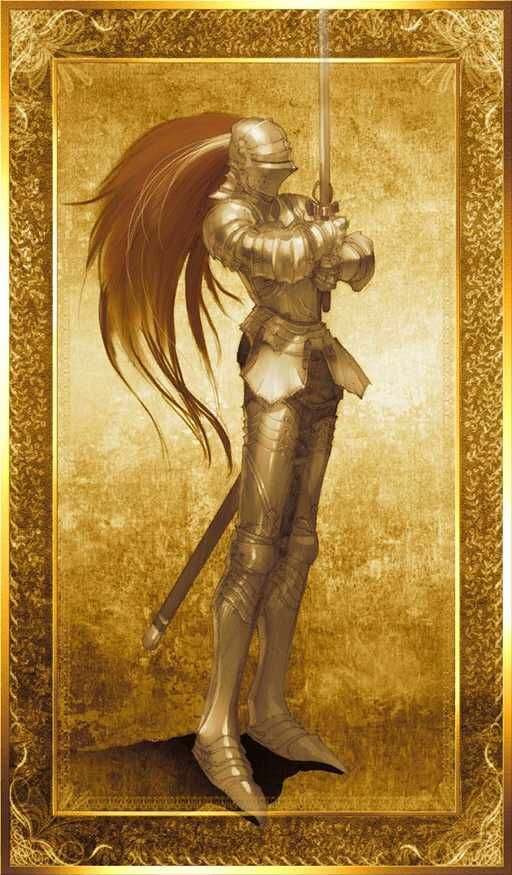 What historical hero were you? Were you known for wearing a legendary sword? You may kill a legendary monster with your faithful sword?or perhaps you have done something terrible using your sword,either way, your name was remember by the history and now you have been summoned by your new master to perform a difficult task

You can make a Saber quickly by following these suggestions. First, Strenght and constitution should be your highest abilities scores, focus on one or not depending on which Path you want to choose. Second, choose the Folk Hero background.

As a Saber you gain the following class features.

At 1st level, you can push yourself beyond your normal limits for a moment. On your turn, you can take one additional action on top of your regular action and a possible bonus action.

Once you use this feature, you must finish a short or long rest before you can use it again. Starting at 15th level, you can use it twice before a rest, but only once on the same turn.

At 1st level, you are proficient with using your sword, when you hit with an attack with a sword, you can make an aditional dice damage, you can only use this feat twice per long rest.

At 1st level, you must choose a Saber Path. You may choose between the King, Treachery, or Dragonslayer paths, all listed at the end of this class.

When you reach 2nd level you can choose which way you fight and thus gain a bonus to that way of fighting.

When weilding a melee weapon, if you hit, you can give a penalty of 1 to the AC to the attacked enemy, the penalty keeps until the start of your next turn.

While you are wearing armor, you gain a +1 bonus to AC.

When weilding a melee weapon in one hand and no other weapon, you gain a +2 bonus to damage rolls with that weapon.

When you engage in two-weapon fighting, you may add your ability modifier to the damage of the second attack.

When you reach 5th level, and again at 10th and 15th, you can make an additional attack when you take the attack action.

At the 6th level, you can roll one aditional weapon damage die when determining the extra damage for a critical hit with a melee attack.

When you reach 9th level, you can use your reaction when a enemy melee attack hits you, you make a attack roll with your sword, you reduce the damage taken by the attack equal to the result of your dice roll (you are not making a attack with this trait) you can use this trait a number of times equal to you strenght modifier.

At 13th level, magic is less effective against you. You gain advantage on all Saving Throws against magic.

As a bonus action, you can make your sword invisible, making the enemy can't easily predict your first hit, because of that, you gain advantage on your first melee attack. You can expend 1 noble phantasm point to keep the advantaje for the rest of the turn. You can also conjure a unique sword the excalibur, it's a greatsword that makes magical damage.

At level 6 When you hit with an attack force the enemy to do a strength Dc against your Noble Phantasm Dc or be pushed back 10 feet.

At level 9 as free action you can push yourself up to 15 feet at any direction, gain +1 to damage rolls for every 5 feet you push yourself.

As an action you can make a magical attack (use your strength modifier), in a 15 by 50ft line, all creatures in that zone can make a dexterity saving throw or suffer 3d10 of radiant damage, it makes twice of damage to objects.

-You can expend noble phantasm points to make extra damage,you use 1 point for 1d10 extra you add.

-You can expend noble phantasm points to give it 10 feet longer for each point you expend.

-You can expend 2 noble phantasm points to give it 10 feet wide.

-You can expend 2 noble phantasm points to ignore resistance, if they are inmune to radiant it becomes resistant

AYou gain a +2 to strength and a +2 to constitution, it cannot exceed 20

All ranged attacks targeted at you are done at a disadvantage

When you finish a long rest you can choose one of these 2 effects: Do +2 to all damage rolls you make or get 2 extra Noble Phantasm points

You can as a free action summon a magic helmet that covers your face, this helmet gives you a +2 armor class and prevents them from knowing your name by any means,the helmet lasts 1H and can be summoned 1 time per long or short rest. You can remove your helmet before as a free action, this does not cause you to have to take a break to be able to summon it, once summoned you can put it on and take it off during that hour as a free action

You can also summon your sword the Clarent blood arthur, a silver greatsword that does magic slashing damage.

As an action you can make a magical attack (use your strength modifier), in a 15 by 50ft line, all creatures in that zone can make a dexterity or suffer 4d6 of electric damage.

-You can expend noble phantasm points to make extra damage,you use 1 point for 3 extra damage you add.

-You can expend 5 noble phantasm points to don't make the dexterity Dc, only take the damage directly.

-You can expend 2 noble phantasm points to ignore resistance.

You gain a +2 to the strength and your limit increases to 24 for this ability, additionally in the first attack of your turn you can do it with advantage leaving your defenses exposed which will cause the attacks towards you to be made with advantage.

When you make an attack you can decide not to add the proficiency bonus on the attack roll to add it instead on the damage roll.

When you do the sword parry ability if your damage roll is higher than his the attacker will receive the remaining damage from the subtraction of the two damages.

When you finish a long rest you can choose one of these 2 effects: Do +2 to all damage rolls you make or get 2 extra Noble Phantasm points

Your sword gets an additional damage dice going to do 4d6, when you fall to 0 hit points you can choose to stay at 1 point of life, then recover the same life by rolling all your hit dice,

When he attacks draconic creatures or creatures with dragon characteristics (the dragon core is one of them for example) he gets +10 to attack and damage rolls, also you can summon your greatsword the Balmurg it makes magical damage and the damage is doubled against the mentioned before creatures

As an action you can make a magical attack (use your strength modifier), in a 15 by 50ft line, all creatures in that zone can make a dexterity or suffer 4d6 of force damage. The damage is doubled against draconic creatures or creatures with dragon characteristics.

-You can expend noble phantasm points to make extra damage,you use 1 point for 1d6 extra die you add, if its a draconic creatures or creatures with dragon characteristics your objective then add 2d6 for them.

You gain +2 in constitution up to a maximum of 24 for this skill,it also allows you to lose life to heal life to an ally 5 feet from you, as an action life loses life points, for each hit point you lose the ally recovers 2 hit points

As an action once per short rest you can regain life equal to 2 hit dice and end all curses, poisons and negative states on you, you gain adicional uses at level 14 and level 16.

+3 to Ca when you are wearing a heavy armor, also when you fight a creature whose Cr is 2 levels below your level they do half damage and all damage all damage you take is reduced by your constitution bonus/2 rounding up. If you are attacked from behind you do not have the benefits of this ability

When an ally receives an attack within 30 feet of you you can take the damage instead, if the attack was made by a draconic creature or with dragon characteristics it can reduce the damage to 0

He gains 20 extra life and if he falls to 0 hit points he can make a Dc of constitution of 15 to rise to 20 life point, if he falls to 0 when he accumulates 3 death rolls the rolls are reset and he does not die

Servants are the greatest form that magical familiars can take and, as such, can not survive in the material plane without a master. When creating a Heroic Spirit, a player must choose a separate humanoid creature, typically a spell caster, to be their “Master”. If either the player or their “Master” is considered dead, they die instantly and can not be resurrected by any means, including the Wish spell, until a time set by the DM.

If you play a campaign with the theme of the war of the holy grail, the judge or the servant ruler can give commando seals as rewards to missions that they send to the master, but the number of commando seals a master can have will never be greater than 3

You cannot Multiclass into the Heroic Spirit class.