Not all spiderkind creatures are mindless beasts. Unbeknownst to many of those unwise in spydric lore, drow and driders hail from the arachania (in a more roundabout fashion), and are thus spiderkind also. There are also those that walk unnoticed by many who are of the spiderkind also (called spydric ones). Finally, there are those of drow descent, called half drow, who have human and drow traits. This chapter presents these races and their racial traits in the Dungeons & Dragons game. 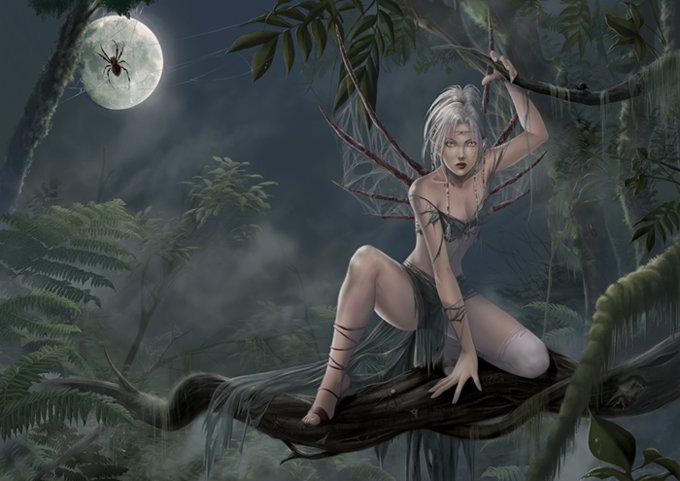 Back to Main Page → 4e Homebrew → Sourcebooks → Arachonomicon; the Book of Spiderkind