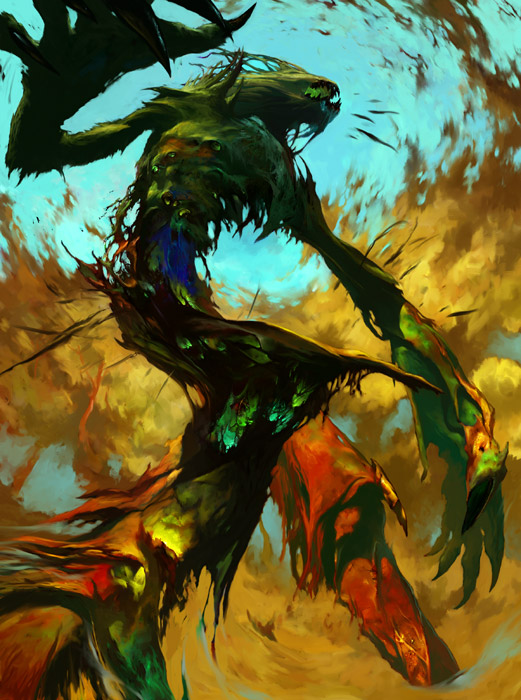 Patriarchs are some of the most ancient and most powerful beings of their race.

Patriarch is an inherited template that can be added to any living creature with a physical body and an Intelligence score of 2 or higher (referred to hereafter as the base creature).

Increase base creature’s racial HD by one die size, to a maximum of d12. Do not increase class HD.

Equal to the base creatures base land speed +20 ft.

Patriarch creatures gain a +5 insight bonus to AC and a +5 natural armor bonus (if the creature already has natural armor, use whichever is better).

A patriarch creature gains a +5 insight bonus on Damage rolls for all melee and ranged attacks.

The patriarch creature gains a +5 competence bonus on all its skill checks.

Patriarch creatures often to rise to become leaders of their race, becoming icons of strength and will. Groups of multiple patriarchs of the same race are extremely rare, seeing as creatures with the potential to become patriarchs are rare themselves.

By either HD or character class