Based of the absurdist wizard school by Doctor Necrotic. [1]

A man clad in blue robes strides up a hill, when reaching the crest he sees the armies of hell before him. They all turn towards him; weapons clanging, roars of blood lust and the beating of war drums. But, before the forces of evil can do anything, the man's shirt explodes off of him revealing perfect physique. He stands raising his fist, chuckling as he does. Confused, a brave fiend asks him what is so funny, the man replies jovially. 'Well. I CAST FIST!' and when he does, plunging his hand to the ground, the entire hill explodes into a mushroom cloud of dirt and demonic corpses. As the dust clears, the mountain of rubble and bodies settling as the man stands unharmed atop it. The hordes, severely reduced, stand shaken as this man, with one punch, eviscerated hundreds of them. Then the man states: 'Who's next!'

Muscle Wizards are pinnacles of both physical and arcane prowess. This stems from encounters between monks who followed the Way of the Open Hand and more martial oriented mages, which led to some of the mages to adopt the monks way of fighting. Instead of conjuring traditional spells, they focused the arcane energies into their fists which greatly increased the destructive power of their unarmed strikes. These boxer wizards then began refining their unique art, passing down traditions which evolved through generations, eventually becoming an obscure, yet powerful and disciplined form of magic. Muscle Wizards are usually very proud of their art, as it has grueling and repetitive training that could kill someone from exhaustion. The result are musclebound wielders of magic, they are often underestimated as mindless barbarians and are quite surprised when the 'brainless ruffian' turns out to be a master historical scholar on the side. This versatility makes Muscle Wizards very difficult opponents, as they can both use advanced battle tactics and single-handedly carry out those plans. 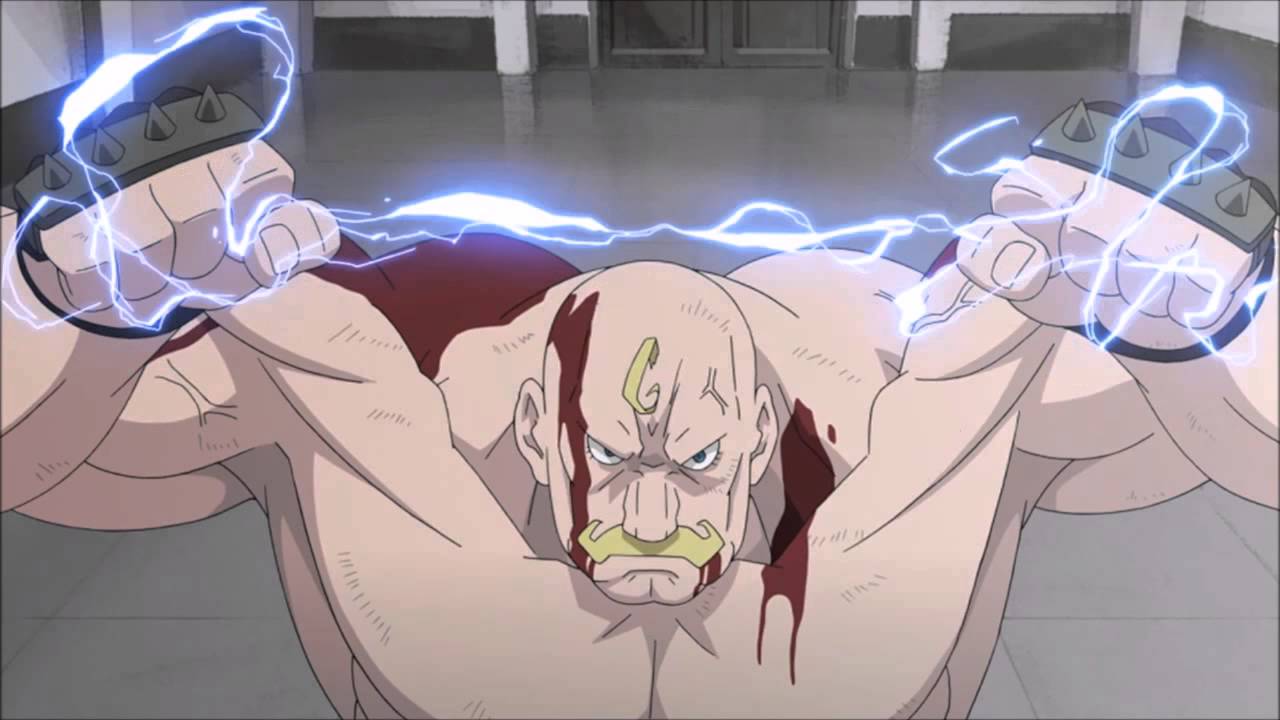 How did you embark on your journey of martial wizardry? Are you the most recent practitioner of a family tradition that has spanned generations? Were you unhappy with your mundane life and decide that this was the best way to alleviate boredom? What ever the reason, you have begun a journey of intense training of body and mind that will leave you stronger than all others.

You can make a Muscle Wizard quickly by following these suggestions. First, Strength should be your highest ability score, followed by Intelligence, then Constitution and Dexterity should be high as well. Second, choose the Dog of the Military background. Third, choose Steel Gauntlets, Arcane focus and dungeoneer's pack.

As a Muscle Wizard you gain the following class features.

You have the knowledge to enhance your punches with arcane energy. At 1st level your unarmed strikes deal 1d4 damage. This increases at 5th, 11th, 17th and 20th level. From 11th level onward your punches are treated as magical for overcoming resistances and immunities.

Starting at 1st level, you may make an unarmed strike as a bonus action.

Also at 1st level, you have managed to combine your physical and mental strengths to protect you. Your unarmoured AC=10+StrengthMod+IntelligenceMod

You use your mighty intelligence combined with your strength to cast spells. The number of spells you know is shown on the table above, along with the amount of cantrips you know.

At 3rd level you decide to begin specialising in one of the two important aspects of Muscle Wizardry. The raw, unbeatable strength that defines the physically most powerful. Or the refined, tactical intelligence that focuses more on the arcane aspect of this discipline.

Archetype features are listed at the bottom of the page.

At 4th level and again at 12th you gain an additional +1 to your Strength, which has a maximum of 22 for you.

Starting at 6th level you can attack with weapons or fists twice instead of once. This increases to 3 times at 12th level and 4 times at 18th.

At 8th level and again at 16th you gain an additional +1 to Intelligence, which has a max of 22 for you.

At 10th level your superhuman physicality causes the following effects:

Your height increases by 2d12 inches and your weight by 10x2d6 lbs.

Your imposing nature means that you gain disadvantage on all charisma checks other than Intimidation.

At 20th level, you have mastered the arcane art of enhancing your unarmed melee attacks with magic. By expending all of your spell slots, you can bring ultimate destruction to your foes. You punch either an enemy, object or the ground dealing 34d4+Strength+Intelligence bludgeoning damage. This causes the following effects to occur:

-A 50 ft conical blast wave emanates from the point of impact. All those inside must succeed on a Dex or Con save against your Spell DC or take 3d8 thunder damage, are pushed 15 ft away and knocked prone, and are deafened until the end of the target's next turn. On a success, the target takes half damage and isn't pushed or deafened.

-The shear force and speed of the impact causes an explosion in a 40 ft radius. All targets, Aside from yourself, must succeed on a Con save against your DC or take 2d6 Fire and 2d10 Force damage, and be stunned. On a success, they don't take the force damage and aren't stunned.

-The ground cracks and debris is scattered around in a 25 ft radius from the shockwave. All targets in the area, aside from yourself, must make a Dex or Con save against your Spell DC or take 3d4 Piercing damage. On a success they take half as much.

You can only perform this attack if you have all of your spell slots and if you have no exhaustion levels. All damage is considered magical to overcome non-magical resistance, as well as treats magical immunity as resistance. All resulting effects of the initial punch treat immunity to their respective damage as resistance due to the shear force and intensity of the attack, and ignores magical resistance. After performing this attack, you use up all of your spell slots and are reduced to the 4th level of exhaustion.

Way of the Closed Fist

These are people who take the art of punching things to the extreme, they focus more on their physical strength rather than their spellcasting.

At 3rd level you gain advantage to Strength Saving throws and ability checks.

At 13th level you have trained your body so hard that you gain one of the following effects of your choice:

2.You gain Proficiency in either Dex or Con Saving throws.

At 15th level your Brutal Fist damage is the dice of the highest tier (2d8), and at 20th level the damage equals 2d10.

Way of the Open Mind

These individuals are more magic based, using a wider range of spells and living up to their Muscle Wizard name.

At 3rd level you gain advantage to Intelligence Saving throws.

At 7th level you manage to expand your range of spells, you can now access all Evocation spells.

At 13th level you have trained your mind so hard that you gain one of the following effects of your choice:

2.You gain Proficiency in either Wis or Cha Saving throws.

3.You gain Proficiency in Two tools of your choice.

At 15th level your Brutal Fist damage is the dice of the tier two below (2d4), but your Brutal fist now can be cast at a range of 40 ft.

You learn spells based on your archetype.

Due to the extreme training and specialist nature of the Muscle Wizard, they cannot multiclass out of this class. If your character reaches level 20 with at least 15 levels in Wizard, they may go through a physically taxing accomplishment deemed by the DM to transfer those 5 other levels into Muscle Wizard.

Prerequisites. To mulitclass into the Muscle Wizard class, you must have: 20 Strength, 15 Intelligence and you must abandon all prior class's features, proficiences and spells.

Proficiencies. When you multiclass you gain the following proficiences: Unarmed Strike, Gauntlet weapons.