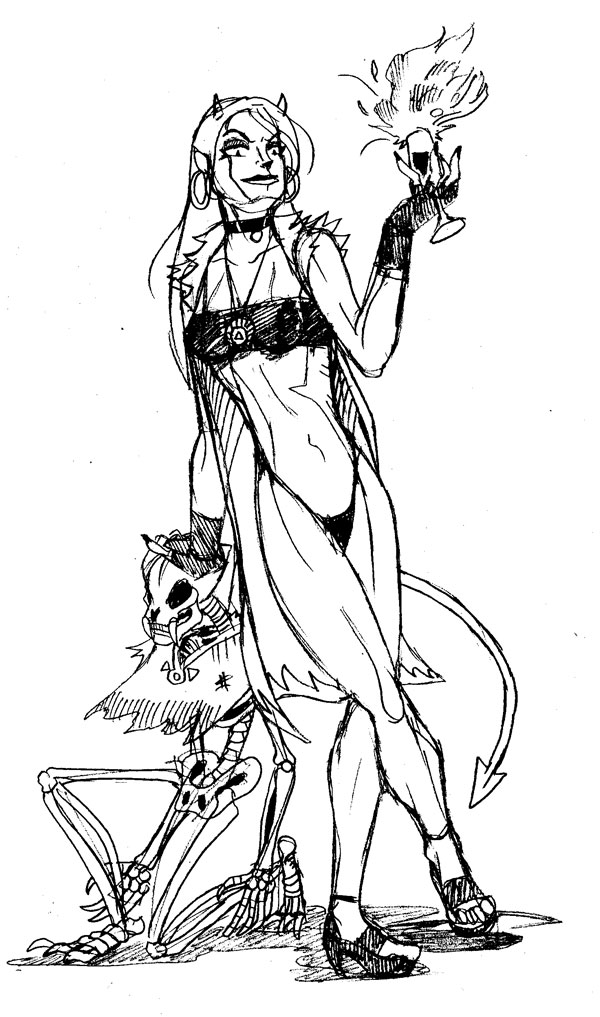 Miriam al-Iblis, AKA "The Burning Beauty"

Originally from Cania, eighth layer of the Nine Hells, Miriam is a member of the Dervaland noble house al-Iblis. She is the adopted daughter of Jabari al-Iblis, a bloodbound member of the house and a general in the Dervaland Mounted Cavalry. She was pushed to study the ways of Typhos, but she was far too smart for that, making her way into wizardry school on scholarship. Miriam has a cold relationship with her adopted guardian, one that eventually forced her to wander the desert of Nazca. She does not mind the wild, for she can practice her necromancy in peace on that she kills.

Miriam has found a temporary home with the traveling circus as a "firebreather" with an added twist: she can command her undead minions to "breathe fire" as well. This gimmick has been very successful, she is now known in every town on the performance circuit as "The Burning Beauty." Known to associate with undead creatures exclusively, but will make exceptions for handsome men.