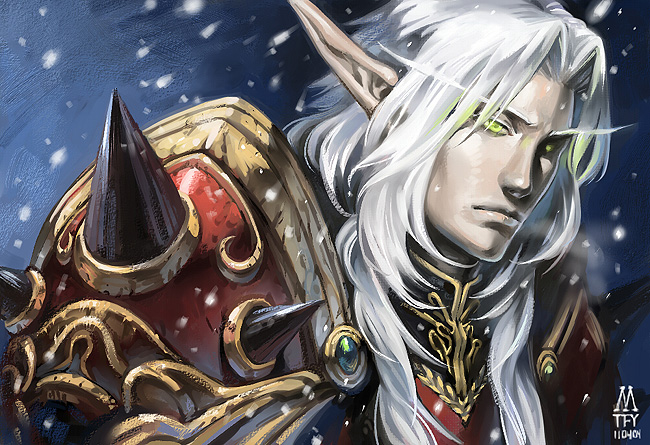 Maledictus Dryadalis (or Cursed Elf) is a long forgotten group of mages and mystics that were once a part of the High Elves. In ancient times, a thirst for power led them to make a bargain with a devil. They would be granted immense magical power, in exchange for their voices. As a result, they were exiled by the High Elves. But, they were unaware of the fact that their offspring got cursed to carry on the deal. Several generations later, it has manifested in their appearance. As a result, a Cursed Elf's hair and eyes are silver/platina colored from birth and are more potent to be discolored (usually connected to magic usage, a necromancer would find his hair turn black etc), with the latter also having a faint glow. Cursed Elves will often find themselves searching for ways to get rid of their curse, or teaching others about the dangers of bad bargains.