Halflings, or hobbits (as they call themselves), are a small race known for their cheery attitude and their love of comfort. They typically live in "hobbit-holes"; beautifully crafted tunnels dug into hills. Most halflings are farmers, though a rare few suffer from wanderlust. These few "odd" halflings go on adventures to satiate their wanderlust.

Play a halfling if you want... 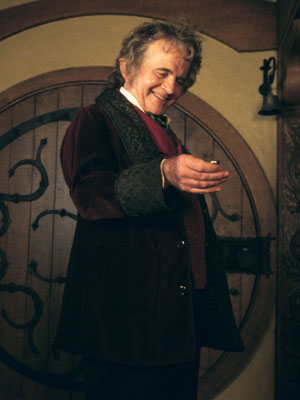 Halflings are small— the tallest being barely more than half the height of a fully-grown human, and shorter than even the shortest dwarves, though most are about three and a half feet tall. There is little or no magic about them. Halflings are inclined to be tubby, and enjoy eating at least seven meals a day— breakfast, second breakfast, elevenses, luncheon, afternoon tea, dinner, and (later in the evening) supper. Most halflings are incapable of growing facial hair, though they have thick, curly hair on their feet. Halflings do not wear shoes, as their feet have thick, leathery soles. Halflings have the same range of hair and eye colors and complexions as humans, though pale complexions are more common (as most halflings are native to temperate regions), and their hair is most commonly brown.

Halflings have longer lifespans than humans, living for about 100 years (though some notable individuals have reached 130 years of age). Halflings "come of age" (reach adulthood) at the age of 33, and reach middle-age at about 50.

Halflings, or hobbits (as they call themselves), are a comfort-loving people, prefering to live quiet lives in the countryside and disliking nasty, uncomfortable adventures. They prefer to keep out of the notice of larger creatures, especially the "Big People" (the name they give to humans). Halflings are most commonly farmers, prefering the rural lifestyle that comes with the job. Hobbits claim one contribution to the culture of the world— the "art" of smoking pipe-weed. 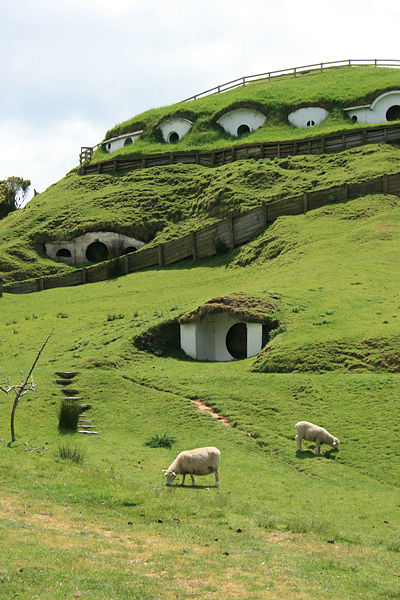 Halflings live in "hobbit-holes", which are dug into hills. Hobbits being hobbits, they are discontent living in nasty, dirty wet holes or dry, bare sandy holes (with nothing to sit down on or to eat). "Hobbit-hole" is almost a synonym of comfort. Hobbit holes have beautifully painted front doors, with well-crafted wooden corridors, and plenty of pantries. Hobbit-holes have only one floor, as hobbits have a fear of heights.

Halflings are practical, and down-to-earth, desiring nothing more than a quiet, comfortable life, with (of course), plenty of food. Temptations of gold and glory do not affect halflings, as hobbits desire quiet lives and would not know what to do with gold. As a result, few halflings follow the path of the adventurer into a wider world, and most have little knowledge of geography and the troubles of the outside world.

Though hobbit adventurers are rare, some "odd" halflings have been known to seek adventures out of wanderlust. These hobbits cause others to shake their heads and touch their foreheads, and are never thought of as "respectable". Halfling adventurers can be determined and bold, though they are usually wishing to go back home. Not all halflings adventure out of wanderlust; orcs, goblins and kobolds have been known to raid hobbit settlements, leaving the survivors homeless. Some halflings take up arms to protect their homes, or others, from raiding parties. Some of these hobbits are called "shirrifs", taking the role of protectors and police. Many find it surprising that halflings are capable of defending their homes, but in truth hobbits can be both brave and determined, and attacking their homes merely serves to set off this "tookish" streak.

Most hobbits are unaligned, and some are good. Rarely, a halfling will turn evil. This is a rare occurrence, as halflings have little reason to fall into evil. When it happens, it is usually due to some outside influence— often a demon or a dark artifact. Such halflings become foul, goblin-like creatures, hating all things (including themselves).

Edmund is a hobbit rogue with a "tookish" streak who, because of his curiosity, has stumbled into a wider world that he was only half aware of. Lost and unable to return home, Edmund joined a party of adventurers in the hope of finding his home on his travels, but he soon gained the adventuring spirit. Though he often longs for home, he is a determined adventurer and a dependable friend.

Thomas is a hobbit ranger who, before his home was destroyed by orc raiders, was a shirrif with the duty of protecting his home from raiders. With his home destroyed, he wandered endlessly, slowly becoming more in tune with nature. He was eventually found by a party of adventurers, who have helped him find a place in an all to large world.

Lidda is a hobbit rogue with a quick wit and an acid tongue. She has a "tookish" streak which could not be suppressed, so, unable to find a place among hobbit-kind, she left her home to seek adventure. Since then she has been in many adventuring parties, and though her sarcasm and acid comments at her companions' expense would suggest otherwise, she counts each of them as a close friend.