Immortal heroes and fair maidens; paragons of freedom all

Age of War elves combine elements of elves and eladrin. 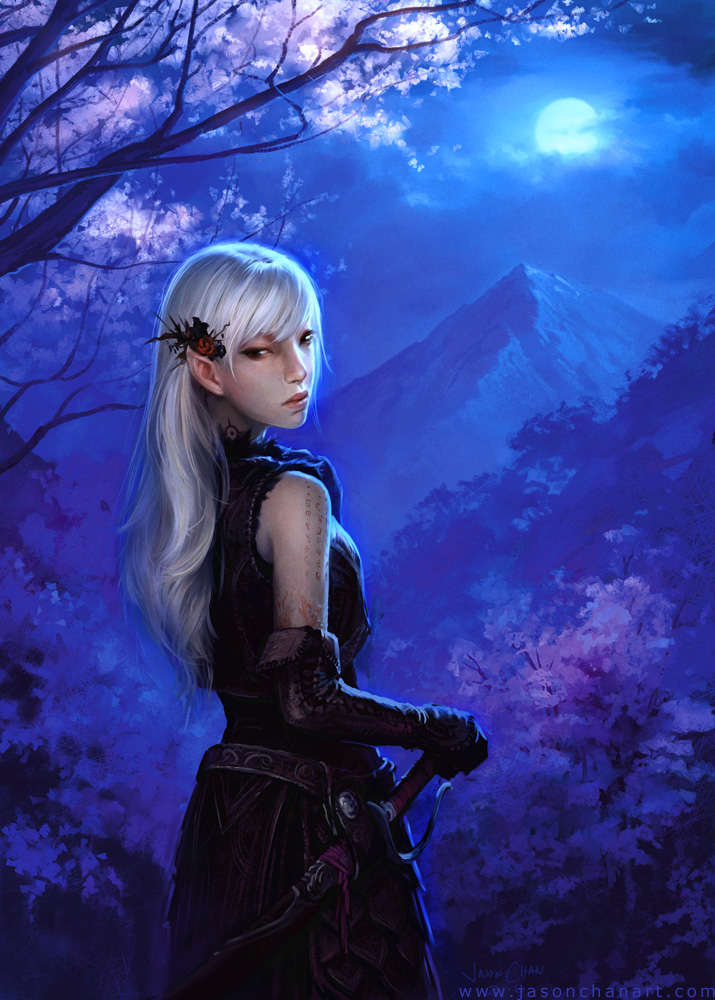 The last kindred of elves is not counted among those named above, as they betrayed the elves under the banner of Lolth and turned to evil. They are called the drow, or dark elves, and they dwell deep in the harsh network of underground caverns called the underdark, worshiping their evil goddess, Lolth. All elves share a burning hatred of the drow, but they also pity them for their delusions of grandeur and the harshness of their world.

Eldest of all, the fair elves have strong ties to magic and the Feywild. They make their homes in a variety of places, each fair beyond comprehension of those who have never seen an elven dwelling. Some elves dwell deep in the forests while others live in ancient cities of white stone. Many more live in deep caverns or beside oceans.

Elves are of slender build, about as tall as humans, and much more graceful. Though they are as strong as humans, their strength never shows in their musculature or their build. Elves have smooth, pale skin that rarely tans. Their hair, which they usually wear long, is sleek and straight, and usually black, dark brown, or autumnal red or orange and rarely golden, or, even rarer still, silver. Their ears are about the same size as a human's, but are pointed, like a leaf. Elves have bright blue or green eyes, with occasional variants such as dark brown or pale grey.

Elves take about a hundred years to grow to adulthood, but they do not age at all once they reach adulthood (at around a hundred and ten years old). Elves are immortal, and so do not die of age. They show none of the infirmities of old age, remaining quick and youthful for thousands, and even tens of thousands of years.

Even though elves are widespread in the places that they live, they have very similar cultures. Many elves build elegant shining cities and towers, in both the Feywild and in the world, while others dwell in natural villages deep in beautiful forests. Many more dwell in deep caverns of astounding natural beauty or by the tranquil seas.

Elves love and revere the natural world, and this, combined with their infinitely expansive life spans, enables them to perceive much in the natural world that blundering humans could ever hope to. Many an elf is happiest listening to the music of the waves or singing in forest glades beneath the skies.

Elves are separated by their cultures and dwellings; high elves (eladrin) dwell in the Feywild or great cities of white stone in the world, wood elves (sylvans) dwell deep in forest glades, gray elves (sindar) dwell beside the oceans and seas and deep elves (Anain) dwell in caves in the mountains.

Despite their extraordinarily long life spans, elves are highly emotional; elves feel emotions far deeper than those of mortal birth, and are easily moved to the strongest of emotions. They swiftly react against threats to their homes or their allies. Elves are considered by many to be the greatest bastion against evil, as they are known to rise to the defense of the suffering far more than any other race. 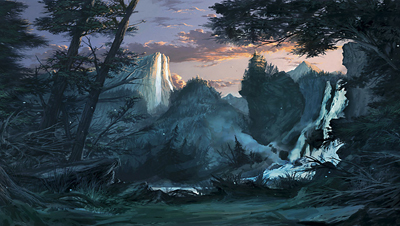 Lia is a young elf sorcerer whose home, an ancient high elven city in a hidden valley in the mountains, was ransacked and destroyed by a combined army of orcs, goblins, undead and demons. Lia managed to escape the burning ruins of her home, and, with the few elves that survived the battle, journeyed to the distant dwelling of her father's brother. Now, with a group of her closest friends and allies, she campaigns against the evil creatures she hates most; those that destroyed her home, and one day, she hopes to rebuild the home she lost.

Aelos is an elf ranger who dwells deep in an enchantingly beautiful forest. His woodland home has recently been cursed by a dark wizard and is slowly rotting and dying away. Lamenting the loss of his forest, he has set out to find a cure for the curse only to find that the curse is unbreakable save by the wizard who cast it. Now he must seek out the evil wizard and force him to lift the curse lest he loose his home forever.

Míriel is an elf warlord who, for many thousands of years, has captained elven ships and patrolled the coast to protect the land from the marauding warriors that seek to ravage and burn. She has heard a rumor that the warriors she defends her homeland against are preparing an armada ready to destroy the land she calls home. In order to defend against this threat she travels the land and the seas, seeking allies to aid her in her plight.

When creating an elven adventurer, here are a few points to consider.