After being born with the latent arcane and mystical art of electromancy these illusive sorcerers tend to hide themselves away in secrecy in the mountains to hone their skills and are frequently the cause of deadly and outstanding storms making them feared far and wide. With a spell unique to a electromancer where they can physically embody themselves in electricity and anything that they come in contact with, they can properly bolster their spells and powers with the drawback of their own form becoming unstable. The Electromancers are the mirror class of the more primal and irrational Pyromancer and Cryomancer, again, another branch of magic.

The infamous electromancers of the northern mountains train themselves in their own art. Any electromancer lost or in need of help often seek the electrostatic order to seek sanctuary from the normally judgmental wizards of the paper tower and too noticeable to fit in with the underground necromancers and street sorcerers even though they share a common magical ground. 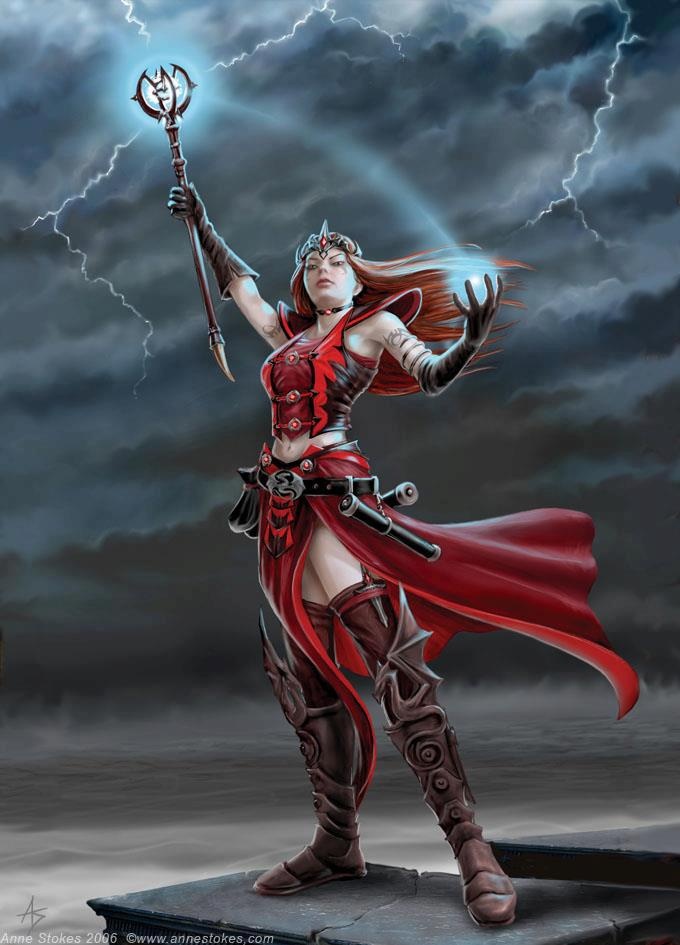 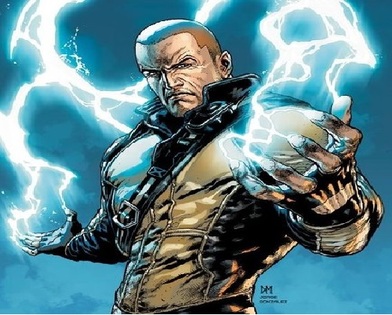 As a class, the electromancer is both an effective damage dealer and a brilliant support for other magical classes. The wide range of spells available to the electromancer, like their cousins, the Pyromancers share most of their spells with the sorcerer but with a penalty of a 10% chance to fail any spell not wholly unique to them and are only capable of learning half as many spells as would normally be available to a sorcerer plus their own, class specific spells.

Abilities: For all intents and purposes the electromancer is same as sorcerer in abilities.

Alignment: The Electromancers can take any alignment except chaotic, else suffer the consequences. Every time a electromancer betrays their affiliation in a chaotic manner they incur a shock burden. The shock burden is a sign of instability in a electromancer and will augment their powers, but at a cost...

1. One shock burden will increase the damage of all electric spells by 1d2 Damage per level, physically however the electromancer will become pale and their hair will turn grey, along with a noticeably charged aura.

2. Two shock burdens augment the Electromancer's electromancy damage by 1d4/level and will show themselves physically as small veins of lightning running the spine of the electromancer and white blue eyes with streaks of lightning coming out they also have the same grey hair.

4. Four shock burdens will be the final line for the Electromancer. Alongside the increase in shock burdens the Electromancer now gains 3d5/level extra damage to their spells and if the target is killed then they will explode and be unresurrectable. This is the final stage of the physical transformation and is only held as a viable option by the insane or the extremely skilled. These are known as the Static-Bodied and as such carry a social stigma and are publicly outcast at best or hunted down at worst.

5. Five. If a electromancer manages to accumulate five shock burdens they will be surrounded by pillars of electricity with them being the conduit the electromancer after 3 minuets the electromancer explodes on par with a large scale natural disaster. Everything within a 350 ft. radius is burned and surrounded by electricity and all living things within this radius are killed unless protected specifically by very strong magical means. However, no amount of magic will save the Electromancer, by any means.

A Electromancers casts arcane spells drawn primarily from the sorcerer/wizard spell list. She can cast any spell she knows without preparing it ahead of time. To learn or cast a spell, a electromancer must have a Intelligence score equal to at least 10 + the spell level. The Difficulty Class for a saving throw against a sorcerer’s spell is 10 + the spell level + the sorcerer’s Intelligence modifier.

Like other spell-casters, a electromancer can cast only a certain number of spells of each spell level per day. In addition, she receives bonus spells per day if she has a high Intelligence score.

Charged Form (Su): At 1st level, take 2 rounds to cover themselves in electricity, each level has a 1d100 on every electromantic attack to shock an enemy if they are brought below 20% of their health scaling by rolling under 5. This number starts at five at level 1 and increases by 15 each Electromancer's shock burden. roll under this number and the target will be paralyzed. (paralyzed): immobilizes an enemy. Each round on its turn, the subject may attempt a new saving throw (Fort vs DC 10 + 1/2 Cryomancer's caster level) to end the effect. This is a full-round action that does not provoke attacks of opportunity. If enemy still alive after three rounds and fails three saving throw it be completely encased in electricity and Stunned until electromancer would kill or release it.

Shock Slick (Su): At 1st level, the Cryomancer can walk on any form of electricity, mundane or magical, without any hindrance or take any damage.

Electric-Bound Familiar (Su): At 1st level, same as sorcerer but the Familiar gains the lightining subtype

Fell Lightining (Su): At 11st level, anyone damaged by one of the Electromancer's spell must make a Will save (DC calculated as normal for the spell) or be slowed for 1d4 rounds.

One with the storm (Su): At 14st level, the Cryomancer gains the lightining subtype. In the Charged Form all armed strikes, unarmed strikes or natural weapons against the electromancer cause the attacker to take 1d4 lighting damage. Charged Form take 1 round to cover.

Charged Bind (Su): At 16st level, anyone damaged by one of the electromancer's spell must succeed on a Reflex save (DC 10 + 1/2 your caster level + spellcasting modifier) or be paralyzed.

Summon Lighting monster (V,S,M): requires 1 lightning rod. When used on the ground and the spell recited a monster the same as any from "summon monster" spell will be created from lighting, the monster gains the lighting subtype.

Storm (V,S,M): requires 1 lighting rod and and an ounce of silver dust. This can be purchased at general goods stores. it summons a Storm of electricity dealing 2d6/level (+2 in Charged form) damage to everything within a 60 ft. Radius.

Shock Breath (V,S, M): the Cryomancer can spew forth in a 40-ft cone that deals 1d6+2 (+2 in Charged form) electric damage per caster level. A successful Reflex save (DC 10 + ½ caster level + spellcasting modifier) reduces damage by half. Creatures that fail their save take 1d6+2 Dexterity damage.

Lighting Thrust (s,m) The electromancer can shoot out a solid blade of electricity he gains reach 10ft and it does 1d8 electric damage per 2 caster levels, lasts 1 minuet per level.

Lighting Burst (m): The Electromancer can shoot lighting out of his body and hit each character within 5ft doing 1d10 damage per level.

Thunderclap (m): The electromancer creates a storm above his head and raises his arm.Lighting strikes the palm of the electromancers hand then with bring his hand down the electromancer causes 1 massive 10ft by 10ft lighting bolt to hit target location within 100ft doing 1d10 damage per 2 caster levels.