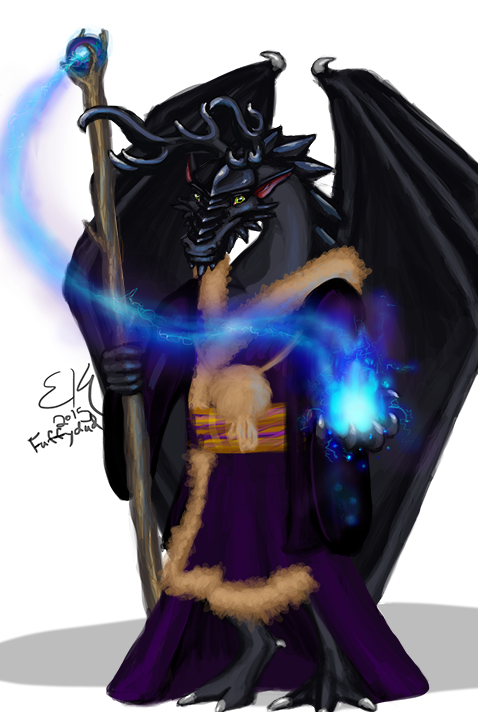 Draconoids are relatively short-lived dragons who are not innately magical like their longer-lived cousins are. Bombadier draconoids average 4-5 feet tall at the shoulder (when on all fours, 6-7 feet tall when standing on their hind legs) and 300 pounds heavy. Their scales are neutral tones ranging from black to brown to silvery gray. They have armor plates on the tops of their heads and along their backs, and two long, spiked horns which point forward off their head. Their eyes can be yellow, green, orange, or brown. They wear richly colored clothing made of silks and other lightweight materials.

Bombadier draconoids list their family name first, and their given name second.