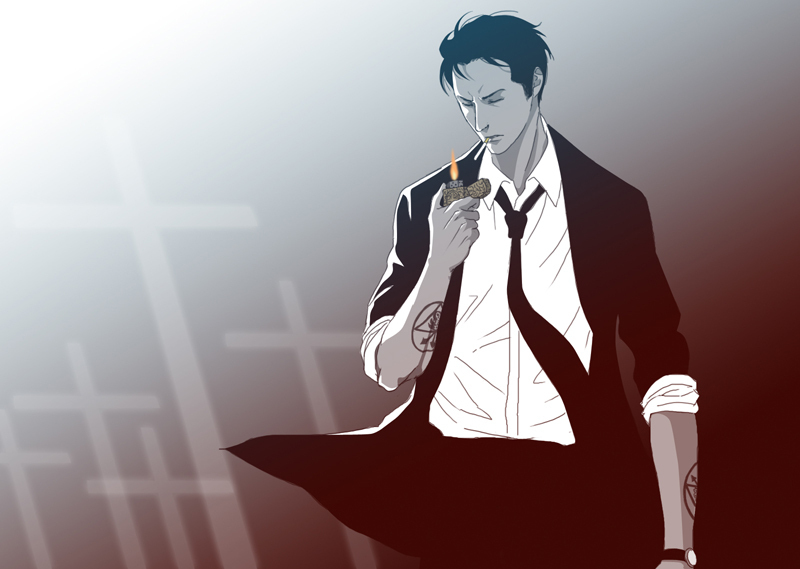 Death Servants are special children selected by death itself, some are rejected and go crazy, but the few that accept the gift engage in the sacred mission to guide lost souls and fight death anomalies such as undead and necromancers. Often the target of missinformation, most people think death servants are evil beings that bring bad luck. When in fact the majority of Servants engage in their sacred duty and are primarily neutral. It's rare for a Servant to be evil of any kind. This bad omen belief causes servants to hide their true identity, and they all become masters of diplomacy and disguise. It is also true that when in human form most servants cause some kind of admiration in humans, maybe it is something to do with their master? We may never know.

Abilities: Charisma is the primary ability for the servants, the majority of their special feats and spells requires it. Wisdom is pretty important as well, too use spells and magic, the other abilities are second handed due to the fact that Servants are a hybrid class and do not excel in combat as barbarians and warriors.

Races: Humans are the best and most common servants, the human's poor longevity and fragility makes them the best race for death subjects and comprehension.

Alignment: Non chaotic and must be any Neutral. mostly Death Servants are lawful neutral

All of the following are class features of the Death Servant.

Weapon and Armor Proficiency: Death Servants are proficient with all simple weapons and their chosen weapon "death weapon"(Ex), light armor and no shields.

AC Bonus (Ex):When using light armor or unarmored, a Death Servant adds their Charisma bonus (if any) to their AC.

These bonuses to AC apply even against touch attacks or when the Servant is flat-footed. The Servant loses this bonus when they are immobilized or helpless, when carrying a shield, or when carrying a medium or heavy load.

Death Weapon: At level 1 the Death Servants gains a gift from its master, a magic weapon from Death itself. The weapon has special skills and channels it's extraordinary feats. Usually the weapon is a scythe but you can choose among all melee simple and martial weapons. The Death Servant has a pocket dimension to lock and guard it's weapon, summoning or returning it takes 6 seconds outside battle while it's hand glow dark (1 full round inside battles). summoning the weapon from another place TO the pocket dimension takes 30 seconds outside battle (or 2 full rounds inside battle). (The pocket dimension can only be used for the purpose of guarding the "death weapon").

- summoning the death weapon is similar to any task that requires concentration, if any interruption is made the summoning stops. Concentration skill does not affect summoning since no roll has to be made. -

Soul Collector (Ex): A servant has an intrinsic connection with death, they all can see and interact with the lost souls and wandering spirits of the world. At level 1 Death Servants must fulfill it's duty to collect lost souls, every-time a creature with a soul dies near the Servant it's soul is absorbed by the "Death Weapon".

Soul Empower/Release: As the Servant cotinues to carry the lost souls, they energize it's weapon and offer some special feats.

Aura of Admiration: The death servant fascinates every living creature like its master, The Servant gains + 2/3levels (level 3 +2, level 6 +4 and so on) on Diplomacy, bluff, Disguise and gather info checks. 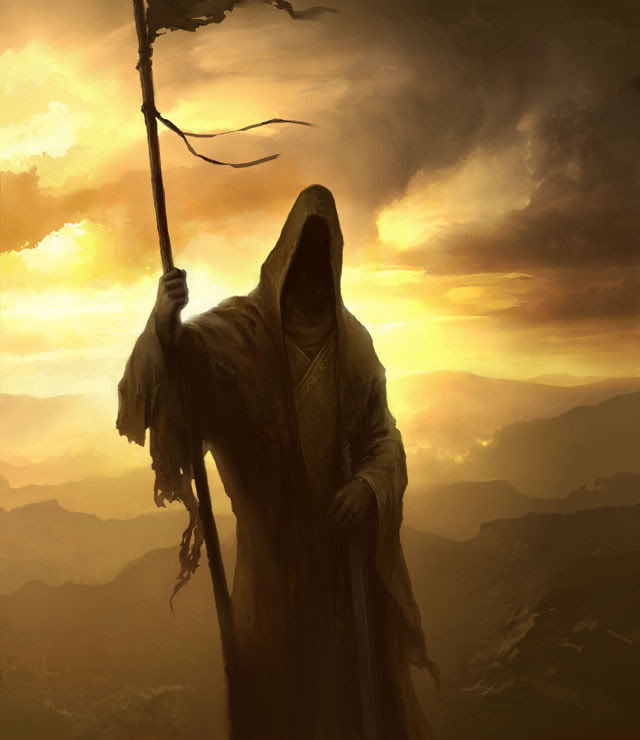 Reaper Form: At level 4 The Death Servant can access it's true form for a period, a black coat appears alongsive all body like the image. Accessing it's true form cause great aggression from the natural aura since the Reaper are from other plane:

1 time per day/Servant level, 20 minutes duration/4 levels. The servant can transform as a standart action or a movement action an can turn back to normal any time.

Obligation (Ex): As his powers grow, his sacred duty grows as well. At level 4 the Death Servant can fell dying or moribund creatures in a 160ft radius, the player must roll a d20 + death servant level bonus to spot the dying location. If the roll fails the Servant are aware of the dying creature but doesn't know the exactly location. 40 ft - 10 dc, 80 ft - 15 dc, 120 - 20 dc, 160 - 25 dc. If the Servant successfully spot the location he must fullfill the sacred duty and pass the creature to the otherlife. (this skill doesn't not work for souless creatures).

Death Bless (Ex): At 5th level, a Servant gains immunity to all diseases including supernatural and magical diseases.

Death Mask (Ex): At 6th level, the servant can at will substitute the bonus of "Aura of Admiration" to intimidate bonus (level 3 + 2 and so on...) and turn back. While on Death Mask the Servant is immune to new applications of fear and fear effects ends. This skills manifest as the Servant changes it's face to one of the souls he captured (a fearsome form of the face of couse).

Reap (Su): At level 8 Death Weapon attacks are treated as magic weapons for the purpose of dealing damage to creatures with damage reduction.

Smite Undead (Su): Once per day/5 levels, a Servant may attempt to smite Undead with one normal melee attack. he adds her Charisma bonus (if any) to her attack roll and deals 1 extra point of damage per Servant level. If the Servant accidentally smites a creature that is not Undead, the smite has no effect, but the ability is still used up for that day. (this ability can be used on every organic creature that don't have a soul too).

Shadow Step(Su): At 12th level, the Servant can slip magically between spaces, as if using the spell dimension door, once per day outside battle.

Reaper Longevity (Ex): Upon attaining 15th level, a Servant no longer takes penalties to her ability scores for aging and cannot age or be magically aged.

Otherworld Door (Su): At level 20 the Servant can call and summon it's master.

One time per day the Servant can call death itself, all players, enemies or creatures nearby have to make a d20 check (but the servant), the death will reduct to 0 the HP of the lowest result.

A Grim Reaper casts Divine spells from the Grim Reaper spell list below. A grim reaper can cast spontaneously and therefore does not need to prepare spells ahead of time. A GR knows every spell up to the highest spell level he is able to cast. Grim Reapers choose their spells from the following list:

Ex- Grim reapers lose the ability to enter Reaper Form, as well as their ability to cast spells. They keep their weapon but can no longer use the reaping class feature.