Chisel is a hilly and rocky land with rivers running from its northern mountains and the southeastern hills of Caliphate to the Savage Sound. Farming this land takes extensive work, and the operable farms last for generations in families. The winters are cold and harsh and only hills offer support from the winds which ravage across the Savage Sound. Chisel is nestled (some would say squeezed) in between the Alabastrian Empire to the east and the Caliphate to the west. To the north sits the Free Kingdom of Carraway, with whom sporadic hostilities erupt.

Chisel is nominally a monarchy, but in practical terms, it is run by gang families. The current monarch, Ammad III has ruled Chisel with an iron fist for the last quarter-century merely because his family is more extensive than the others and because he crushes any who might oppose him. However, the in-fighting that plagues Chisel has allowed its enemy, the Alabastrian Empire, to slowly reconquer most of its territory. As age begins to take its toll on the eidolon king, his political enemies wait, and most of the populace fears the Empire will send its own armies to attend the king's funeral. 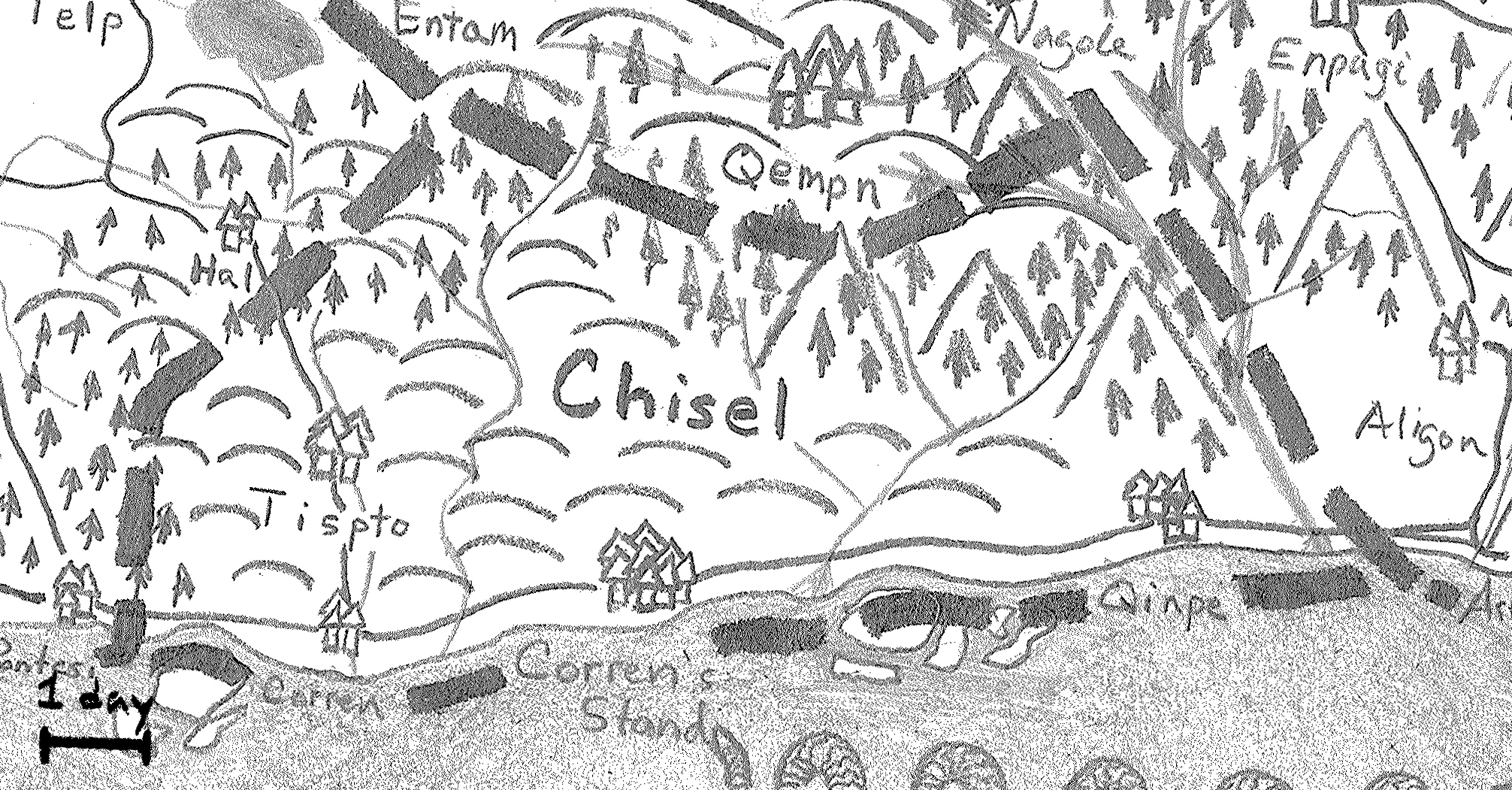 Chisel. The map's scale is based on the average medium race's walking speed.

Chisel is a diverse community, but one's influence in it is defined mostly through family loyalty. Unsurprisingly, the families are often distinguished by race, although family squabbles have generally divided even races against one another. There is a strong concept of honor and strength in Chisel. Duels are common, and blood runs in Corren's Stand on a daily basis. Occasionally, a leader will rise who can unite, briefly, the various families against a common threat. Invariably, that common threat is the Alabastrian Empire. Chisel once had been a part of the Empire until Corren made her fabled stand. But the memory of Corren has long since faded. Her family line perished and people wonder if King Ammad still has what it takes to keep Chisel secure.

160 years after the destruction of the Sarrun Empire Alabastria was still suppressing revolt. They had destroyed the Empire's monuments, burned its books, and destroyed its paintings. The names of its rulers had been forgotten, but resentment to the Empire still lingered. When a small drought-ridden village was unable to make its annual tribute to Aligon Emperor Juzhian saw this as a sign of nascent rebellion. Both Oncia and Xarlem, his best generals were otherwise engaged, so he sent the ambitious General Enzhou. Enzhou wanted to make an impression and he did so by brutalizing the populace. Even by Imperial standards, the brutality was striking. It inspired a true rebellion, led by a ravin named Corren and her allies. Corren and six individuals began raiding the Imperial stores to feed the hungry and poor in the countryside. Enzhou spared no resource to find them. Finally, he cornered Corren's Band in a barn. Unbelievably, the six adventurers held the Imperial Army at bay for five days. During this time, word spread of the band's heroism and a peasant army rose, surrounding the Imperial forces. A massive battle ensued in which the barn in which the Band was hiding in was burned to the ground. The peasants then overran Enzhou, burning him in that barn. Remarkably Corren survived, though badly burned, and founded Corren's Stand as a free city. The Charred Queen, as she was known, spent the next 22 years liberating much land from the Alabastrian Empire, until she was cruelly slain by the Emperor's champion Xarlem (who is now Emperor himself). 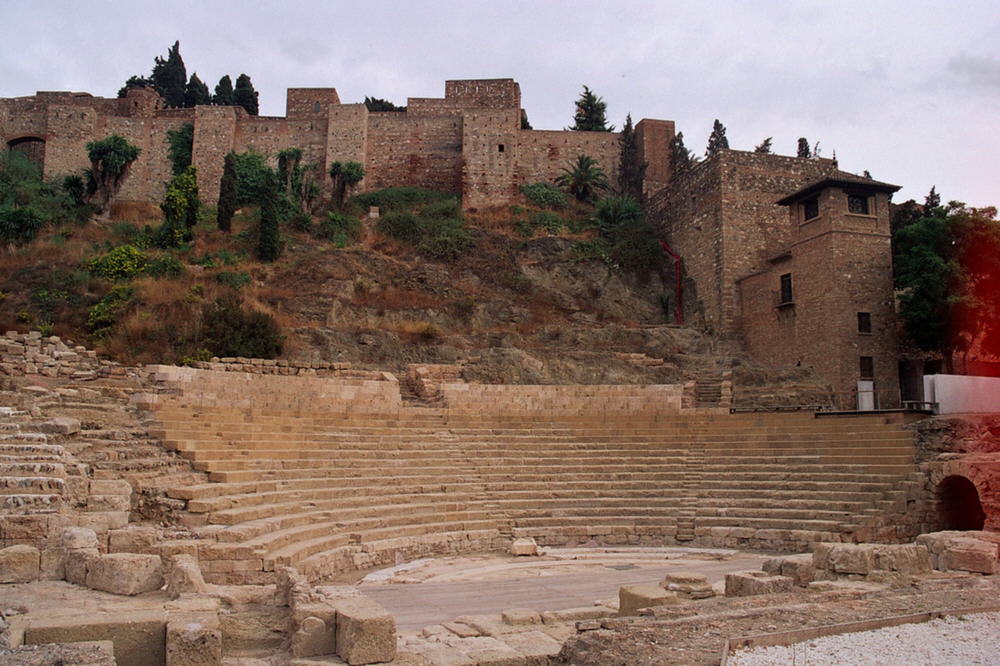 The familial fortresses at Corren's Stand are built to withstand attacks from even the formidable Alabastrian Empire.

Over the next century and a half, there was uneasy peace between Chisel and Alabastria, as Alabastria dealt with problems in Duat. During this peace, the diverse kingdom divided along racial lines. Corren left no heirs, and often the crown was possessed by the strongest warrior, or by that warrior's heir, if he or she could hold it against all rivals.

In 2123, Emperor Xarlem decided he had been patient with the upstart kingdom for too long. He appointed a succession of generals to recapture Chisel. A succession was needed, because Chiseli assassins became quite adept at assassinating the deva officers. However, Chisel is a small Kingdom, and plagued by perpetual in-fighting. Over the next 500 years, Chisel lost all the cities it had captured from the Empire. Emperor Xarlem very much wants to eviscerate this symbol of defiance against Imperial reign which he also sees as a relic of the forgotten Sarrun Empire. Many hope for a new Corren to rise and lead the kingdom to a new age. Some whisper apocalyptically that Corren herself will rise like a phoenix from the ashes to save her kingdom. But more believe there will be no respite and Chisel, like the Sarrun Empire before it, will be erased from the pages of history.