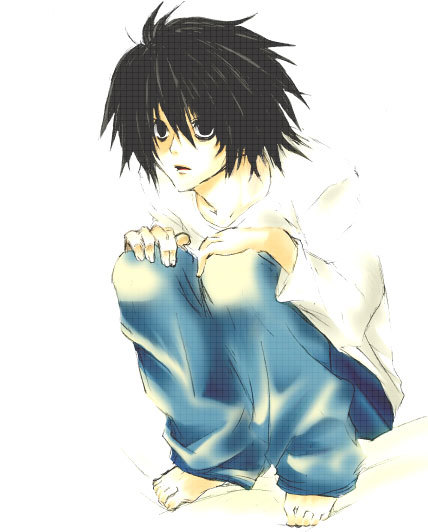 The cardomor are a reclusive lot. They are calm, cool and collected. Most people call them introverts. They are content with there lives for they know it is only the beginning, that something awaits them after life, whether it is lichdom or vampirism or just the living dead in general. Some are even content with simply dying. Their contentedness has lead to this race being very humble, for they know they can't stop the inevitable and are okay with it. They know death better than anyone, and live side by side with it. Most of them live their lives as undertakers and crypt keepers. Those that adventure and use their powers in that way tend to be a tad prouder than there humble counterparts, for who commands the undead better than a cardomor? They still maintain their contentedness and humility with death, though, for they know that their death can be even closer than that to their non-adventuring kin, and they need be prepared for it.

The cardomor stands anywhere from 5 to 6 1/2 feet tall, with women tending to be a tad smaller than the men. They are gaunt, extremely pale, and almost stark white. They are extremely skinny and look as if their skin was stretched over their bones. They have pitch black hair, eyes, teeth, and tongues. There nails are also black, but have a unique quality to them: they're made of pure obsidian. This marvel has stumped even the oldest of elven scholars.

Most other races tend to get uncomfortable around the cardomor; they find the acceptance of death to be eerie and unsettling. Humans don't understand how the cardomor can be so passive and relaxed when their lifespans are so similar. The cardomor are very apathetic towards the other races; after all, everyone is equal in death. If anyone has a postive relationship with cardomor, it tends to be elves, who relate to the cardomor's patience very well. Adventuring cardomor who use their powers are immediately shunned by society. No one wants a cardomor with a posse of undead by them in their town. An adventuring cardomor would do well to leave them several miles from the gate if they want any sort of welcome.

Cardomor tend to follow the same alignment as death, neutrality. Those that are the adventuring type and use their power may be overwhelmed with it and turn to evil or good, but they still tend to follow the neutral aspects of each.

Cardomor don't have any lands of their own. They may live sporadically in cities or in quite rural towns. Wherever they live, they tend to live close to burial grounds and cemeteries.

Cardomor don't really have a religion. If they are worshiping anything, it tends to be death itself. Those that worship a true God are more likely to worship Him than anyone else.

Cardomor speak common and a rare language called Whisper, the language of ghosts and the wind.