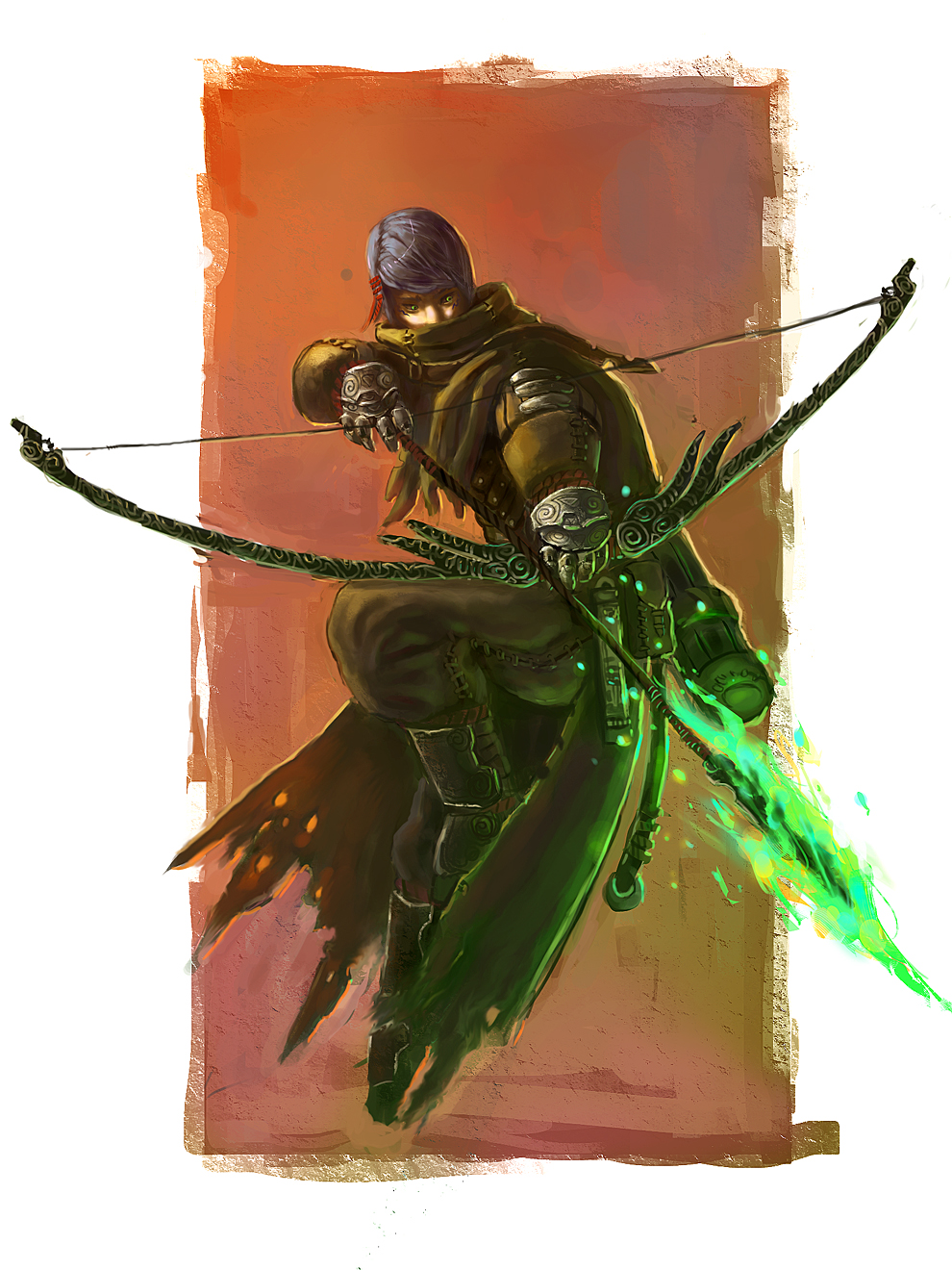 To those who decided to read over the class, glad you enjoyed. To those who thought they needed to change certain things to make this class stronger, or easier for them, go play a barbarian, this class was not meant to be a full BAB class, it was not meant to have enough health to tank, nor was it meant to count as anything other than what I specifically said for it to.

Bowmen are those who dedicate themselves to improving their skill with the bow, choosing accuracy and impact over the usual rapid fire of most archers.

Bowmen are fragile but deadly accurate, they prefer to stay back rather than get into the thick of things, but much unlike their combat tactics their skill-set can be quite diverse, from diplomats to experts in espionage.

Abilities: Dexterity and Intelligence are this classes main abilities, though Constitution and Charisma help too.

Races: Elves are the most common, though most races have those who follow the Bowman's path, the most uncommon are Dwarves and Orcs.

Alignment: Any, though Chaotic Good is most common.

Weapon and Armor Proficiency: A Bowman is proficient with all simple weapons (except for simple ranged weapons) and Bows, and with light armor.

Dexterous Impact (Ex): A Bowman adds his Dexterity modifier to all damage dealt with bows, this damage is multiplied on a critical strike, and if the Bowman is using a Composite bow he adds half of his strength modifier rounded down. (Ex... medium bowman has 14 strength 18 dexterity and is using a composite longbow, on an average hit he deals 5(1d8)+1(half his strength modifier)+4(full dex modifier) for an average of 10, if he were to critically strike, then it'd be 30)

A bowman's levels in bowman count as levels in fighter when qualifying for feats.

Trapfinding: Bowmen can use the Search skill to locate traps when the task has a Difficulty Class higher than 20.

Bowmen can use the Disable Device skill to disarm magic traps. A magic trap generally has a DC of 25 + the level of the spell used to create it.

A bowman who beats a trap’s DC by 10 or more with a Disable Device check can study a trap, figure out how it works, and bypass it (with his party) without disarming it.

Bowmen do not have this bonus on any attacks made with any extra attacks from feats or abilities that give extra attacks (ex... at level 7 with a bow, you have a +9 to hit, using Rapid Shot you have two attacks at a +3 to hit)

Evasion (Ex): At 2nd level and higher, a bowman can avoid even magical and unusual attacks with great agility. If he makes a successful Reflex saving throw against an attack that normally deals half damage on a successful save, he instead takes no damage. Evasion can be used only if the bowman is wearing light armor or no armor. A helpless bowman does not gain the benefit of evasion.

Close Combat Shot(Ex): At 3rd level, a bowman can attack with a ranged weapon while in a threatened square and not provoke an attack of opportunity.

Piercing Aim(Ex): A bowman's arrows ignore up to 5DR per arrow.

Barbed Tips: At 10th level a bowman starts using barbed arrowheads causing his targets to bleed for 2/round until a heal check DC:15 is made to remove them, anything immune to precision damage is immune to bleeding.

Ghostly String(Su): At 10th level a bowman is able to apply Ghost Touch to all arrows fired from his bow.

Phase Arrow(Sp): At 14th level, a bowman can launch an arrow once per day at a target known to him within range, and the arrow travels to the target in a straight path, passing through any nonmagical barrier or wall in its way. (Any magical barrier stops the arrow.) This ability negates cover, concealment, and even armor modifiers, but otherwise the attack is rolled normally

Using this ability is a standard action (and shooting the arrow is part of the action).

Headshot All critical hits preformed by a Bowman has a 10% chance of instantly killing his target.

Other Classes: Bowmen give no special preference to other classes in social settings, though they do tend to make friends with fighters and barbarians, strategically speaking.

Advancement: It's not unheard of for bowmen to take some levels of fighter or wizard.

Most bowmen find employment as sentries, guards to important nobles, or Assassins to those same Nobles.

Daily Life: Most bowmen are early to rise, and head into the forest to train their skill, returning when most other people are just waking, and they're always willing to gain some more knowledge.

Notables: Hilde Shadowfeather, Gnome assassin wanted in 80% of the world for over 200 counts of murder and 30 counts of treason. Vector Stronghold, Human King of the Western FRPTA (Five Race Peace-Talk Association), Strongly opposed to the death penalty and is rumored to train Paladins in Law and Self Restraint

Organizations: Archery competitions around the world.

NPC Reactions: As they would a plain fighter.