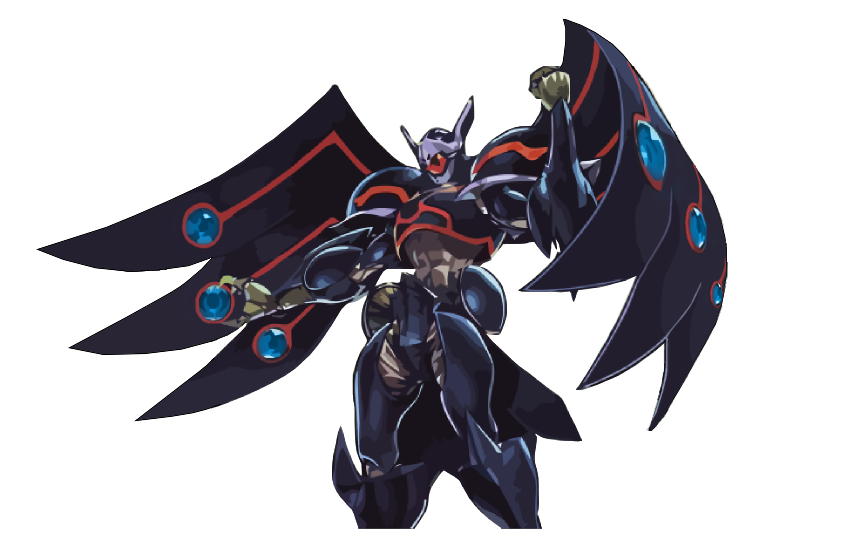 Blackwings are fairly easy going, but generally don't like being confined by strict regulations or instructions. They also dislike it when people are prejudiced based on appearance, as they have long been assumed to be an evil race based solely on appearances. Blackwings can also be seen as fairly secretive, as they have being seen in numerous cultures to be a bad Omen and have being generally frowned upon in the past.

Blackwings look a lot like humans. Their ears are slightly pointed, but not as much so as even half-elves. They also have large, black feathered wings that can be magically hidden when not needed or when trying to hide their heritage. A certain part of the Blackwings body ( commonly the shoulder, back or wrist ) is normally marked with a birth mark which represents two circles surrounded by 5 ovals in the corner pointing directly away from there body. They generally have very dark or black hair, along with golden eyes and somewhat tanned skin, although these traits are merely common, not universal.

Blackwings get along fairly well with most races, although many more zealous individuals dub them to be evil based on their appearance. Blackwings general get along with party members who do not follow

Blackwings are often assumed to be evil due to their dark and vaguely demonic appearance, but in reality they can be any alignment, although in general they tend to be more Chaotic than Lawful. Neutral is the most common alignment, through there has both being both paladins and black knights from this race.

Blackwings lack any real cities or villages of their own, generally traveling or living in human cities trying to blend in.

Blackwing culture is very diverse, and as such there are no typical deities that they tend to follow.

Blackwings tend to speak whatever languages were spoken where they grew up.