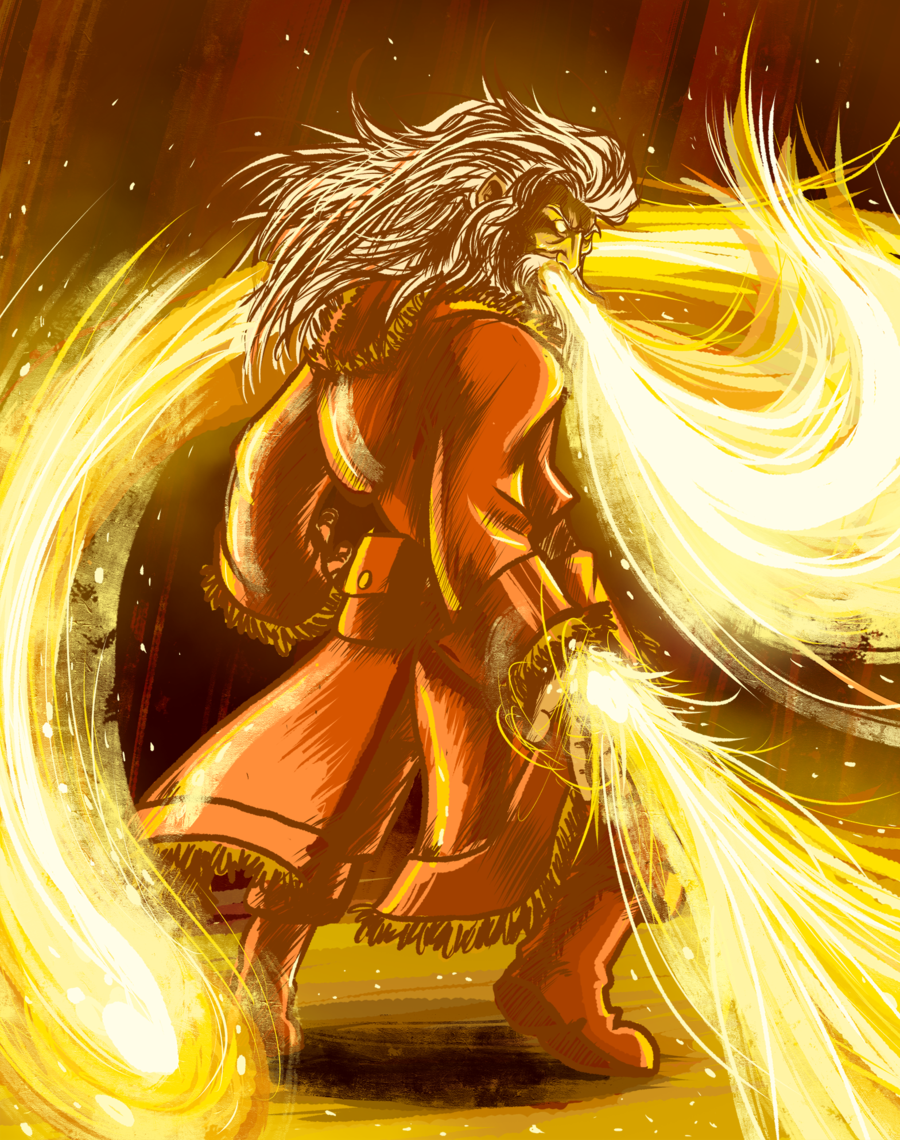 Your innate magic comes from the power of elemental fire. Perhaps you were born during a falling star so powerful that folk still tell stories of it. Your lineage might include the influence of potent fire creatures such as efreeti or magmin. Whatever the case, the magic of the inferno permeates your soul.

Inferno sorcerers are invaluable members of an adventuring group and firefighters. Their magic allows them to exert control over fire and flame in their immediate area. Their abilities also prove useful in repelling attacks by demons, devils, and other fire threats.

The will of fire within you that is given to you by the elemental fire is strong. You can speak, read, and write Primordial. In addition, you gain the following spells at the listed sorcerer level. These spells do not count against the number of sorcerer spells you know.

* Unless you gain this spell from another source, you can summon only magma mephits, smoke mephits, or steam mephits with it.

** Unless you gain this spell from another source, you can summon only fire elementals with it.

At 1st level, you are attuned to elemental fire magic. Whenever you cast a spell other than a cantrip during your turn, shining sparks of elemental fire surround you. You can use a bonus action to put to blaze any non magical item of your chose that is within 10 feet as long as it is not worn or carried.

At 6th level, you gain resistance to fire damage. Whenever you cast a spell other than a cantrip that deals fire damage, a flaming aura surrounds you. In addition to the spell’s effects, creatures of your choice within 10 feet of you take fire damage (choose each time this ability activates) equal to half your sorcerer level.

At 6th level, you gain the ability to subtly control the fire around you.

If it is a small fire that is 20 ft. or smaller, you can use an action to cause the fire to stop burning in a 20‐foot radius centered on you. You can ignite this fire again as a bonus action.

If it is a large fire that is bigger then 20 ft., you can use a bonus action each round to choose the direction that the fire moves to in a 100‐foot radius around you of if it stay in it place. The fire moves to in that direction until the end of your next turn. You have no ability to alter the speed or the intensity of the fire.

At 14th level, the burning energy you channel through your magic seethes within your will. When you are hit by a melee attack, you can use your reaction to deal fire damage to the attacker equal to your sorcerer level. The attacker must also make a Constitutions saving throw, with a DC equal to 8 + your Charisma bonus + your proficiency bonus. On a failed save, the attacker is set to flame that cause 1d10 fire damage each turn for 1 minute, the attacker can reroll the saving throw once each turn to end the effect.

At 18th level, you gain a the ability to walk on lava and immunity to fire damage, and you can chose to leave a burning trail where you step.