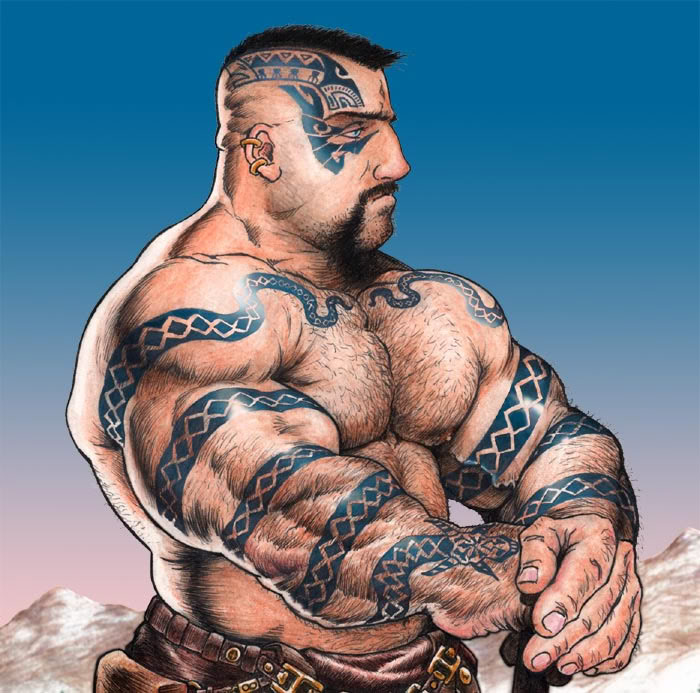 Dreadnoughts are fighters known for their great strength and constitution. Trying to harm them will only hurt the attacker. Few can say that they have defeated a dreadnought in any form of athletic activity. However, this doesn't mean that they are invincible, just that they are hard to kill.

You can make a Dreadnought fighter quickly by following these suggestions: first, make Constitution your highest ability score, followed by Strength. Second, choose the Soldier background.

At 3rd level, while you are wearing medium or heavy armor, you ignore disadvantage on stealth due to the armor, and you gain a bonus to your armor class equal to your proficiency bonus.

At 3rd level, you can use an Action to slam the ground with your fist, leg, or your weapon to shake the earth. Any creature within a 5 ft. radius of you must make a Dexterity saving throw DC equal to (8 + your Strength modifier + your proficiency bonus). On a fail, a creature is knocked prone. You can use this ability a number of times equal to your Strength modifier. You regain all expended uses when you finish a long rest.

At 7th level, when an enemy critically hits you, you can treat the critical hit as a normal attack. You can do this a number of times equal to your Constitution modifier after each long rest.

At 18th level, you gain advantage on death saving throws. Furthermore, when you are reduced to 0 hit points but not killed outright, you can choose to gain hit points equal to (half your fighter level × your proficiency bonus). You can’t use this ability again until you finish a long rest.