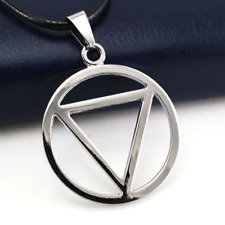 The Xilocent Knights were established by legendary dragon hunter Nadir Xilocent. Only those who prove they have the will, strength, and determination to go toe to toe with a drgaon can become a knight. Before you become a knight you have to undergo 3 trials, The first is to survive the forest and scale the mountain to where castle Xilosent resides, the second is to prove your worth in 3 fights while Nadir and his dragon counsil observe, and finally your third trial is given to you by Nadir himself. Should you pass all three trials you will be granted acess to the castle and given a dragon egg chosen by the counsil. You must care for the egg until it hatches. When your dragon hatches you are brought before Nadir and given three choices to choose from. The choices are the 3 vairiants of Xilocent Knight, the Sword-Knight, Hunter-Knight, and the Mage-Knight.

Sword-Knight: The Sword-Knights are the most common in the ranks of the Xilocent knights. Togather with thier dragon companion they fight on the front lines to protect towns and villages, they are often sent out to deal with troublesome creatures causing issues for towns or villages. The Sword-Knight usues thier magic to buff and protect themselves or thier dragon companion during the fight. They focus on Strength and Constitution to be able to take and deal damage. Most recruits choose this path of knight. Some Sword-Knights have even mastered riding thier dragons to become fearsome and deadily calvery.

Mage-Knight: Mage-Knights are the Commanders and glass cannons of the Xilocent Knights. With thier dragon companions they decide where to deploy the other knights and what contracts they are given, they also spend alot of time creating magical arms and armor for the Xilosent Knights. Mage-Knights use thier magic how most spellcasters would, they usualy cast huge spells to create openings or deal increadible ammounts of damgage. Mage-Knights tend to focus Charisma and either Constitution or Dexterity, Charasma allows them acess to more spells while CON grants more HP but DEX allows them the ability to evade enemy attacks.

When creating a Xilocent Knight determine what your group needs as this class can fill any role but a healer. You will also need to talk to your DM and determine if they will allow you to have a dragon companion.

All of the following are class features of the Xilocent Knight.

Weapon and Armor Proficiency: Light and Medium Armor, Simple and Martial Weapons. (Not proficient with shields).

Oath: Knight Oath goes as follows, I (character name) do hereby swear too kill any evil dragon plaguing my respective land, I swear to always help a person in need and ask nothing in return unless the respected persons has questionable motives. On my honor as a Knight of Xilocent, I hereby declare I will accept any duel from someone who is my equal(if the opponent is superior the Knight may back down or flee if necessary). If the opponent is inferior to my skills, I will give them the option to back away first or flee if necessary. If I am outmatched I will not take up arms unless need be. I also swear to help the helpless, no matter who they might be and lay down my life if need be. May my armor fall to the floor and remain as heavy as stone should I break my oath.

Dragon Bond: This a rituial that take 1 hour to preform. when your dragon hatches you and ur dragon must make a cut mark on each of your hands. Next you place the cuts against each other then enter a medative state. While in this state your dragons blood will start to flow into your body. During this process your eyes will change to the same as your dragons, your teeth become sharper and in small areas on your body your skin turns into scales of your dragon. This rituial is painful for the Knight and after its preformed the knight becomes exhausted but gains some new abilities. 1. The Knight gains Immunitys and Vulnerabilitiyes of thier dragon compainion. 2. The Knight gains a breath attack equal to that of thier dragons. 3. The knight's lifespan increases to that of thier dragons.

Dragon Meld: After the rituial is preformed the knight and the dragon has the ability to meld into one being temporairly. The Knight gains the Half-Dragon Template and temporary Hit-Points equal to the dragons hit dice. This Meld lasts for 1 hour or until cancled or the knight is knocked unconscious. When the meld ends the Knight take a -1 to thier CON score that cant be healed magically. The knight also has the ability to Meld with other willing dragons but takes a -3 CON instead of the -1.

Favored Enemy (Dragon): Due to thier extensive study of thier foe and training in the proper techniques for combating Dragons, the Knight gains a plus 3 bonus on bluff, listen, sense motive, spot, and survival checks against Dragons. Likewise he gets a plus 3 bonus on weapon damage rolls against Dragons. At 7th level the effects are increased by an additional plus 1. At 14th, it is increased by an additional plus 4. So at level 1 its +2,+2. At level 7 its +4,+4, and at level 14 its +8,+8.

At level 1 a Xilocent Knight selects one of the three paths to follow down, the Sword-Knight, Hunter-Knight, or Mage-Knight. at level 2 and every even level after that the Knights gain a path ability. Each kight can cast spells how ever the Sword and Hunter-Knight's are very limited.

When selecting this path you choose the role of soilder and proecter of the weak. Togather with your dragon companion you vow to kill any evil dragon or creatures bringing harm to your lands.

At 1st level the Sword-Knight gains and additional 3 hitpoints and the Spell Combat Feat.

When selecting this path you choose the role of an assassin and the best dragon slayer out of the other knights.

At 1st level the Hunter-Knight gains a +2 bonus to all dexterity and charasma based skill checks, and the Track ability.

When selecting this path you choose the role of commander and tactian for the Xilocent Knights. Your job is to send the other knights out on contracts and lead them in battles creating openings for your allies.

At 1st level the Mage-Kight gains acess to more spells compared to the other knights (see below), they also gain Eschew Materials as a bonus feat.

Spell Combat: A Knight learns to cast spells and wield his weapons at the same time. This functions much like two-weapon fighting, but the off-hand weapon is a spell that is being cast. To use this ability, the Knight must have one hand free (even if the spell being cast does not have somatic components), while wielding a light or one-handed melee weapon in the other hand. As a full-round action, he can make all of his attacks with his melee weapon at a –2 penalty and can also cast any spell from the sorcer/wizard spell list with a casting time of 1 standard action (any attack roll made as part of this spell also takes this penalty). If he casts this spell defensively, he can decide to take an additional penalty on his attack rolls, up to his Charisma bonus, and add the same amount as a circumstance bonus on his concentration check. If the check fails, the spell is wasted, but the attacks still take the penalty. A Knight can choose to cast the spell first or make the weapon attacks first, but if he has more than one attack, he cannot cast the spell between weapon attacks.

At 9th level, the Knights’s ability to cast spells and make melee attacks improves. When using the spell combat ability, the Knight receives a +2 circumstance bonus on concentration checks, in addition to any bonus granted by taking an additional penalty on the attack roll.

Favored Defense: The knight gets a +4 to saves against all Favored enemy attacks, spells, and special abilities.

Armor Training: Starting at 3rd level, The Knight learns to be more maneuverable while wearing armor. Whenever he is wearing armor, he reduces the armor check penalty by 1 (to a minimum of 0) and increases the maximum Dexterity bonus allowed by his armor by 1. Every four levels thereafter (7th, 11th, and 15th), these bonuses increase by +1 each time, to a maximum –4 reduction of the armor check penalty and a +4 increase of the maximum Dexterity bonus allowed.

Dragon Presence: The Knight gains the ability to detect a dragon within 60 feet even while the dragon is usuing the change shape ability.

Favored Attack: The Knight gets +4 to attack and damage against thier Favored enemy.

Dragon Knowledge: The Knights have studied dragons extensively and from that knowledge they may add thier CHA bonus to overcome the SR of dragons.

Dragon's Bane Poision: All Xilocent Knights learn the ability to apply a Dragons Bane poison to their weapons that deals 2d6 damage to Dragons. The affected Dragon must make a Will save every Three rounds to keep itself from being paralyzed for its turn, however, the effects get stronger increasing by 2 every 3 rounds. Save is DC 15 will + 2/3 rounds. The poison is also deadly to other creatures dealing 1d6 damage and without the paralysis effect. Creatures immune to poison except Dragons with a poisonous element will not be affected by this. Lasts 24 hours. Takes 1 hour to apply poison. If Craft Dragons Bane is above 10 you can take a 20 to apply the effects in half an hour. However this is poison you are dealing with so slow and steady is key. Discuss with your DM on which ingredients are needed for the poison.

Evasion: A Knight can avoid even magical and unusual attacks with great agility. If he makes a successful Reflex saving throw against an attack that normally deals half damage on a successful save, he instead takes no damage. Evasion can be used only if the Knight is wearing light armor, medium armor, or no armor. A helpless Helpless does not gain the benefit of evasion.

At 15th level, a Knight’s evasion improves. This ability works like evasion, except that while the Knight still takes no damage on a successful Reflex saving throw against attacks, he henceforth takes only half damage on a failed save. A helpless Knight does not gain the benefit of improved evasion.

Like other spellcasters, you can cast only a certain number of spells of each spell level per day. your base daily spell allotment is given on Table: Mage-Knight. In addition, you receives bonus spells per day if you has a high Charisma score.

Back to Main Page → Pathfinder Homebrew → Classes → Base Classes