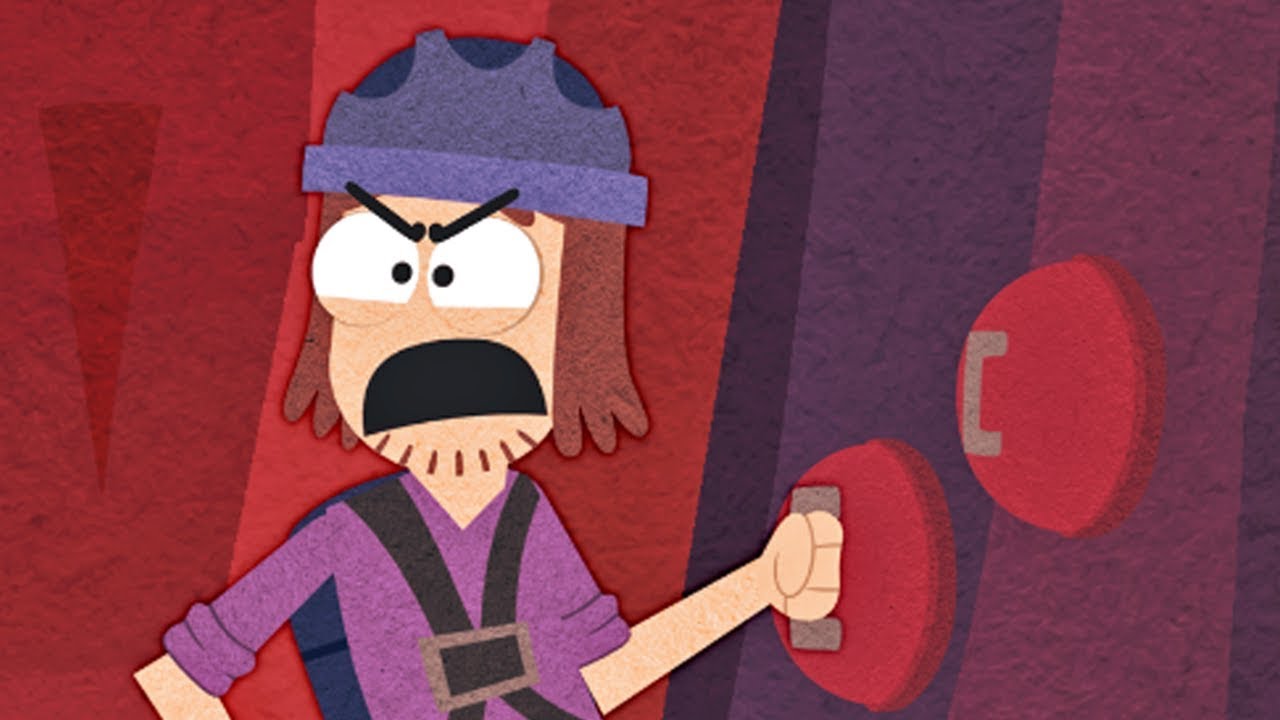 You can make a Suction Cup Warrior quickly by following these suggestions. First, Constitution should be your highest ability score, followed by Charisma or Strength. Second, choose the Soldier or Entertainer background.

As a Suction Cup Warrior you gain the following class features.

At 1st level, you gain the following features:

You can climb up and along walls with your suction cups, and are not impeded when attacking while hanging from a wall or ceiling. This movement does not reduce your movement speed. However, you must be using all 4 to move and at least 2 to stay attached.

I wrote you a song!

You have a limited well of stamina that you can draw on to protect yourself from harm. On your turn, you can use a bonus action to regain hit points equal to 1d12 + your Suction Cup Warrior level. Once you use this feature, you must finish a short or long rest before you can use it again.

At 2nd level, you can push yourself beyond your normal limits for a moment. On your turn, you can take one additional action. Once you use this feature, you must finish a short or long rest before you can use it again. Starting at 17th level, you can use it twice before a rest, but only once on the same turn.

At 3rd level, choose two of your skill proficiencies. Your proficiency bonus is doubled for any ability check you make that uses either of the chosen proficiencies.

At 4th level, you can use your reaction when you fall, to laugh in the face of gravity and reduce any falling damage you take by an amount equal to five times your Suction Cup Warrior level.

At 5th level, you can attack twice, instead of once, whenever you take the Attack action on your turn.

At 6th level, you just stop caring about what others think. If you are caught in a restricted area, you can make a Persuasion or Intimidation role, with advantage, to convince whoever found you to just forget that you are there. Because they can't stop you. You also gain proficiency in Charisma Saving throws.

Lemme guess, ya filled it with piss?[edit]

At 7th level, your suction cups become stronger. You now have advantage on checks and Saving Throws when something is physically attempting to or causing you to fall when climbing.

Thanks FeyWild you've been horrible![edit]

At 9th level, your suction cups are considered magical for the purposes of overcoming resistances to physical damage, and have advantage on Attack Rolls against demons.

At 10th level, your suction cups really start to smudge things up. As an action, you can touch a creature with your suction cups and force them to make a Constitution Saving Throw, with a DC of 8 + Charisma Mod. + Proficiency. If they fail, they are blinded. If they succeed, they ignore the effect. They can attempt the Saving Throw at the end of each of their turns.

At 11th level, you choose one of the two paths that Suction Cup Warriors can master: Way of the Cups or Way of the Undying

At 11th level, you figure out how to truly kick someone's ass with your suction cups. They now deal 2d6 Bludgeoning damage.

At 13th level, you gain access to the spell Plane Shift. It is automatically added to your list of known spells, even if it exceeds your current maximum. It can only be cast once before needing a long rest.

At 15th level, you can use your reaction to save allies within 15ft of you who were dumb enough to try climbing a flat wall like you. You can make a ranged Attack Roll against an ally, using their Natural AC, and if you succeed, the suction cup you threw will magically fly and pin them to the closest unoccupied space on a wall or ceiling.

At 17th level, you realize that once you start climbing, you need to reach the top and rev back down. You are now immune to when something is attempting to magically force you off a wall or ceiling.

At 20th level, your suction cups evolve, and grant you the ultimate sucking power. Your suction cups now deal 4d6 Bludgeoning damage, and can cast Fireball, Cure Wounds, Polymorph, and Resurrection as an action. Once each before needing a Long Rest.

At 11th level, while you are wearing no armor and not wielding a shield, your AC equals 10 + your Strength modifier + your Constitution modifier.

I knew I shoulda packed a lunch![edit]

At 13th level, your body just accepts that you always forget supplies for your arduous climbing endeavors. It now takes 2x as long for you to gain exhaustion for not sleeping, eating, or drinking.

At 15th level, you become even more unkillable than you already were. Your AC is increased by 2, and you gain the Tough feat.

Can't I just, go back through it?[edit]

At 17th level, you realize that once you're in Hell, you can just leave. Once a week, if you die to physical damage but your body is still in tact, you can get back up like nothing happened. If your body is destroyed, you must wait an entire day before you can walk out of Hell and be teleported to your party.

At 20th level, you say "Screw it, I can't be killed!" Well, mostly. You now have advantage on Death Saving Throws, and must fail 5 instead of 3 to die.

Prerequisites. To qualify for multiclassing into the Suction Cup Warrior class, you must meet these prerequisites: 15 in Constitution and 13 in Charisma

Proficiencies. When you multiclass into the Suction Cup Warrior class, you gain the following proficiencies: Shields, Simple Weapons and Suction Cups