Homunculi. The offspring of a failed attempt to bring back those who have passed beyond the veil of death. Sometimes, the Homunculus is similar enough to the 'original' to pass unnoticed while some identify themselves as a new being. Most rarely there are those that are consumed by the sins of their progenitor and become twisted beings with a terrible outlook on life. Some lash out at the world, destroying everything they come across in their wrath. Others are consumed by a greed so powerful that they would tear down the gods themselves to make the world theirs and theirs alone. And then there are those that know that they have become superior to their former selves, superior to all others. You have accepted what you have become and revel in it, seeing yourself as the next step towards divinity. You will stop at nothing to 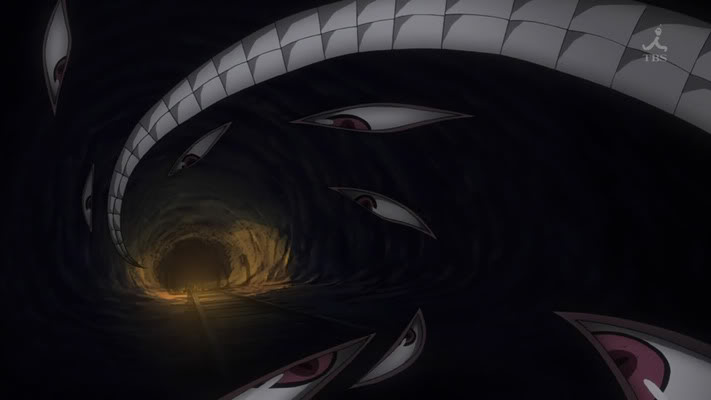 command the pathetic masses of the world, for who but yourself has wisdom, strength and power enough to guide them?

Initially Pride will play similarly to a rogue, using stealth and trickery to land blows both in and out of combat. Later on, Pride becomes a master controller - literally in most cases - able to turn friend against friend and foe against foe. Later on, all the weapons that Pride needs are shadows and enemies to use.

Abilities: The most important stat for Pride is Charisma as it governs the willpower needed to control Pride's powers. Two other important stats are Dexterity (for the Rogue-like fighting style of Pride to begin with) and Intelligence to utilize his mind-affecting abilities.

Races: You must be a Homunculus to become Pride the Arrogant.

The shadows flowed like water (Su): You have the ability to change the size, shape and darkness of a shadow that you are within 15 feet (3 squares) that you can see and your shadow is touching. As you level up, the range at which this power (and therefore any other shadow manipulation power) can be used is increased by one square. Thus, you can use this power at a range of 20 feet at level 2, 25 at level 3 and so on For the purposes of what constitutes your shadow touching another, a shadow that you already control can be used. This, at the GM's discretion could help you intimidate someone or help you in passing unnoticed. Note that this power, and all of Pride's other shadow powers, only refer to shadows, not darkness. Thus, pride cannot use any shadow powers in complete darkness.

Eyes in the Shadows (Su): In any shadow that you are connected to, you can create an eye (or eyes) that you can see out of. The eye appears to have a reddish-purple iris surrounding a slit pupil. The eye can be any size, but it's effects remain the same. At the GM's discretion, this power can be used to intimidate an enemy as well.

A thousand voices (Su): You become able to speak from your shadows as well as make your voice sound as if it comes from a thousand throats, worming into the thoughts of your enemies, distracting them and filling them with uncertainty. In terms of mechanics, for every round you can continuously deride an enemy, they take a -1 penalty to every action that they take.

Shadowhands (Su): You have gained the ability to impart a degree of solidity to your shadows, allowing you to grasp objects with them. Although they do not possess the degree of finesse required to wield weapons effectively, they can be used lift, carry an manipulate objects that Pride could use normally. In addition, the shadowhands can be used to restrain an opponent, imposing a -2 penalty to any physical actions that they take.

Blades of shadow (Su): You have learned to sharpen your shadows into blades able to pierce flesh with sickening ease. These blades deal d8+Charisma mod piercing damage with a ranged attack operating on Charisma. This ability's range is the same as The shadows flowed like water.

Teeth in the shadows (Su): You gain the ability to create rows of razor-sharp teeth in your shadows. You can use these to make a ranged attack within 20 feet (4 squares) dependant on Charisma dealing d10+charisma mod piercing damage. If you wish, you can make a grapple attack with your teeth, which deals d8+charisma mod piercing damage per round until the opponent escapes.

Fear of the dark (Su): You tap into that most basic fear of life, that of the dark, and visit its deathly touch apon your enemies. Make a ranged touch attack against up to Pride's Charisma bonus enemies. If it hits, they must make a Willpower save or become Shaken. The victim must take a willpower save each round after the effect takes hold to shake it off.

Religion: Pride prevents Him from bowing down to any other being. Consequently, Pride will never bow down to a god unless he has no other choice at all.

Pride the Arrogant in the World[edit]

Notables: No-one knows which Pride is which because before any of them became noticeable they all took up that name.

Organizations: Pride - in all it's incarnations - always builds a following of creatures and people who hunger after power as well as those whose minds he has consumed. Although these beings follow him, Pride almost always sees them as mere pawns on a chessboard, easily sacrificed to gain advantage.

NPC Reactions: He's a virtually immortal, immoral, inhuman creature with literal god-like aspirations. How do you think people will react if he says who he is?