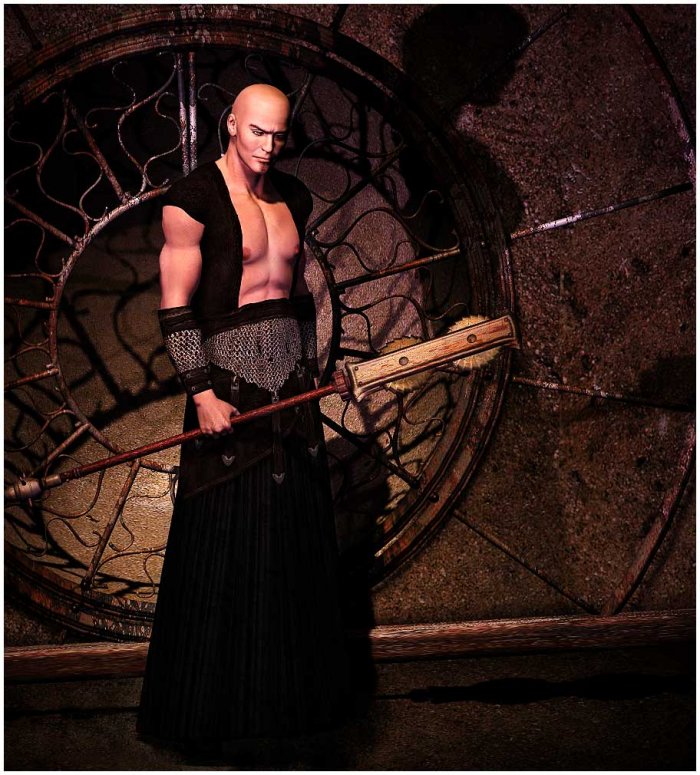 Nathaniel Essex, known later in life as the arcane entity Meloku, is Valgora's most prolific and powerful sorcerer. Born and raised in the capital of Cape Myst and bred for his existence as next in line to the throne. Upon reaching adulthood, Nathaniel rebelled against the luxurious life of his childhood and hit the road.

Born and raised in the capital of Cape Myst and bred for his existence as next in line to the throne. Upon reaching adulthood, Nathaniel rebelled against the luxurious life of his childhood and hit the road.

It was on the road where Nathaniel took up the name of Meloku as to avoid being found and sent back home. Under this new identity Nathaniel joined the Uriktar Army and found friendship amongst fellow enlisted men. A few of these would be put in their own special forces unit and become life long companions as Meloku's Gang.

After a couple of years of service with the military, Meloku and his companions discovered that Lord Sternhelm, a high-ranking officer within their own forces, was deceitful and planing to overthrow the country (along with a couple of adjacent ones). They began to prepare to fight against the traitor and were discovered. By this point a large portion, almost eight thousand, of the military enlisted men had been turned by Sternhelm into obedient undead. The gang fought through this onslaught and eventually confronted Sternhelm himself, slaying him after a might battle made famous after the song by Douie Solitude.

Not long after this battle, Nathaniel discovered that Sternhelm was just a lackey for a planar entity who existed on his own demiplane. The adventurers began a series of events that would send them across the globe and finally onto this very plane to battle the entity, known as Terror. After a long and trying fight, the band of brothers was triumphant.

At this point Nathaniel decided that he would return home, where he discovered that his father was on his deathbed. His father expressed great pride and joy that Nathaniel had had the courage to strike out and adventure and do what he wanted, something his father had wanted to do at his age. This reconciliation brought great peace to Meloku, and he no longer felt the need to leave his home.