Manaketes are a legendary humanoid species. They are dragons that use a humanoid form to conserve their strength and survive in a world which no longer permits their full existence. Although in some cultures in the series the Manakete race is regarded as legendary and worthy of worship, in others they have a long history of bitter conflict with humanity. In their humanoid forms, they appear remarkably similar to humans, aside from two recurring characteristics: sharp fangs, and pointed, elf-like ears. Their hair can be almost any color, but they tend to be of lighter shades. The humanoid body of a Manakete is much weaker than that of natural humans, making an exploitable weakness that humanity has exploited before. The use of dragonstones improves a Manakete's power. Manaketes also have extraordinary lifespans, lasting over several millennia. This longevity comes at a price: due to this long life, they will lose many of their human friends due to their shorter lifespans. Additionally, Manaketes have an extremely low birth rate and infertility is a problem. However, the most severe problem the Manaketes constantly face is the threat of degradation. The longer they live in their dragon forms, the more likely they will go mad, thus some of the dragons have had to turn into Manaketes in order to avoid this. Their dragon forms can vary from pretty, rainbow-hued wyverns to black-and-white, four-legged dragons.

In Akaneia's antiquity, Archanea was the epicenter of an advanced dragon civilization prior to the rise of humanity, until a mysterious wave of deteriorating health struck them, rendering them infertile and slowly driving them mad. In response, the dragonkin learned that the only way to survive the condition was to take humanoid form, and so sought to convince all dragons to do so. While many refused to accept this and eventually devolved into mindless beasts, others accepted the word of the dragon elders and took humanoid forms, thus becoming Manaketes. By sealing their powers into dragonstones, Manaketes retained the ability to temporarily become dragons, but never for long, owing to the risks posed to their health.

In the following millenia, as humans became the dominant power over the continent of Archanea, Manaketes became the target of racism from humans in an exercise of their new-found power over the land. In their weak humanoid forms, the Manaketes were easily abused and mistreated, and were condemned to living in poverty. This ultimately led to the rise of the Manakete ruler Medeus and his Doluna Empire, which sought to exact vengeance upon humanity for their crimes against the Manaketes, and to retake Archanea as the Manaketes' land. Although he succeeded in ruling the realm for several decades, he was ultimately thwarted and killed by the hero Anri.

A race of draconic humanoids with amazing power.
Ability Score Increase. Metallic Dragon Ancestry: Your Constitution increases by 2 and Charisma score increases by 1. Chromatic Dragon Ancestry: Your Charisma increases by 2 and Constitution score increases by 1.
Age. Manaketes reach intellectual maturity in their early twenties, They typically live to around 10,000 years.
Alignment. Manaketes tend toward extremes. Very rarely will you see a manakete with a neutral alignment.
Size. Upon reaching intellectual maturity, they are comparable in size to elves. Your size is Medium.
Speed. Your base walking speed is 30 feet.

Darkvision. Your draconic senses give you superior vision in dark and dim conditions. You can see in dim light within 60 feet of you as if it were bright light, and in darkness as if it were dim light. You can't discern color in darkness, only shades of gray.
Draconic Nature. Your creature type is considered to be both dragon and humanoid.
Dragon Transformation. As an action, you can polymorph into the form of a Young Dragon based on your Draconic Heritage or back into your humanoid form. If you are reduced to 0 hit points while a Young Dragon you change to your original form and become unconscious. You can transform into an Adult Dragon at level 20. You may not take Legendary Actions or use Legendary Resistance as a Young Dragon. You also do not gain the "Change Shape" feature of an Adult Dragon
Draconic Ancestry. You have Draconic ancestry. Choose one type of Dragon from the Draconic Ancestry table. Your Damage Resistance and Dragon Transformation are determined by the Dragon type, as shown in the table. 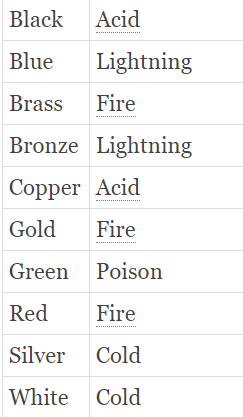 Damage Resistance. You have Resistance to the damage type associated with your Draconic ancestry.
Languages. You can speak, read, and write Common and Draconic.