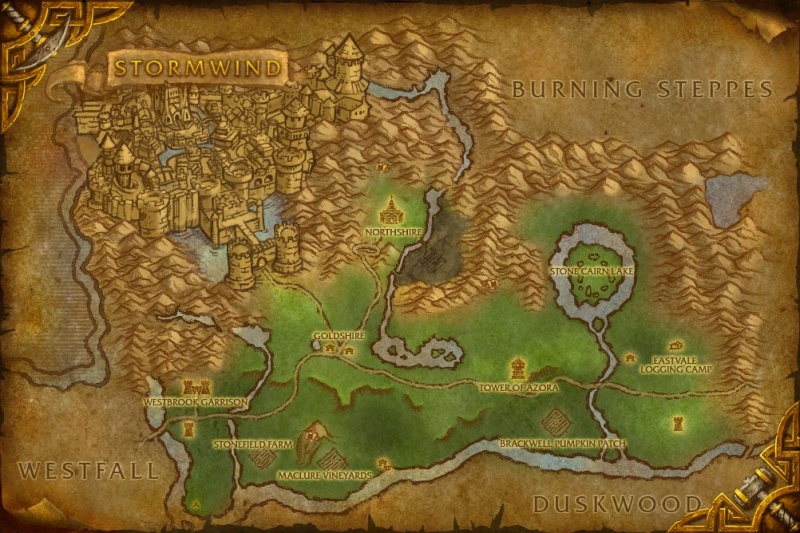 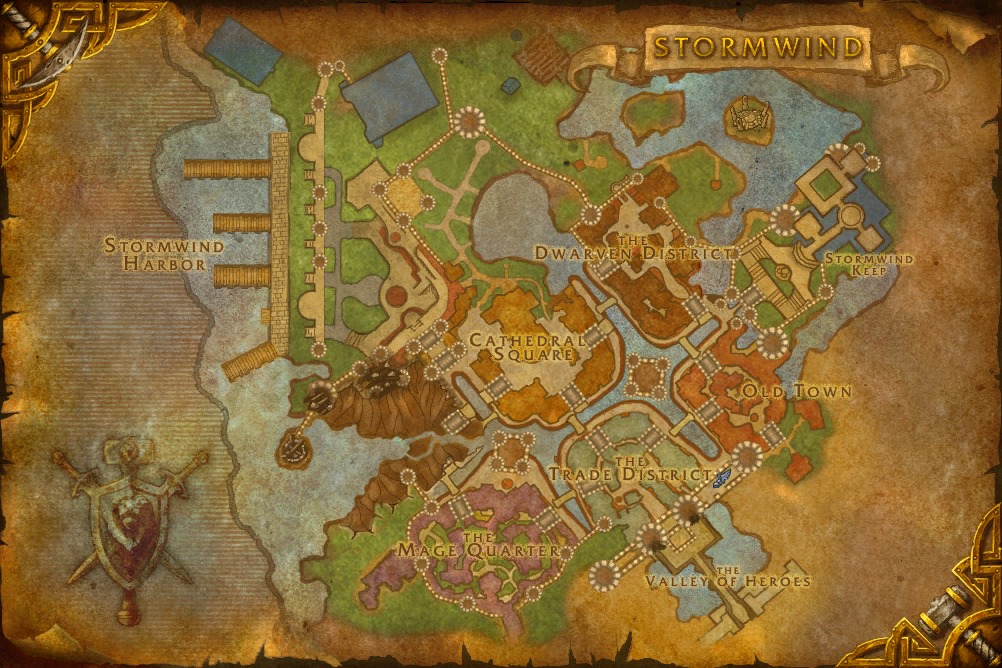 Homeland to the Humans, Elwynn Forest has got two Key Towns: Goldshire, a small human village and Stormwind City, the capital city of the humans. The storyline of the humans starts in Northshire, where Blackrock orcs have managed to sneak into northshire though a break in the mountain. You are tasked with the mision of killing Blackrock Worgs and spies, plus help the injured soldiers in the area. You end the Invasion by killing their leader named Kurtok the Slayer. After that you report to Goldshire. From here you are send to a mine south of Goldshire, where you clear the mine of kobolds. Here you find a piece of paper with a schedule of when a person called "The Collector" receives payment from the mine. To the east of Goldshire, you report to Marshal McCree and you are tasked with finding and killing "The Collector" since he is stealing from the Kingdom. The Collector is hiding at the Brackwell Pumpkin Patch. To the west of Goldshire, at Westbrook Garrison, they have a Riverpaw Gnoll problem. Their leader is called Hogger. Many attempts have been made to capture this Gnoll, but none have succeeded. You are send in to capture him, and when he is almost defeated, Marshalls show up to bring him to the Stockade, jail of Stormwind.