Elves are a race of Fae creatures that existed on our planet earth. They were created by a god known as Anasan the god of Fae, magic, Ancestral roots, Faewilds, nature, and life who resides in the Faewilds. They have pointed ears, tall slender bodies and are beautiful and handsome. They have magic of earth, water, air, fire and nature. They are kind hearted creatures that care for the planet and can heal and revive plant life and animals. They are herbivores and are skilled in sword play and archer both crossbows and longbows which were made a very light wood named bluewood making them easy to wield, pull back and fire. After the humans that took over the world and then became extinct the elves found the technology the humans left behind they made a few tweaks and utilized the technology to a more elf liking and reach for the stars. They have pale skin, Red, blond, black, brown, silver, green, blue, platinum and gold hair colors and blue, green, cyan and violet eye colors. They never lose hair to old age and it never loses it's color.

The Elves are kind hearted, smart, caring, talented and cunning. The Elven bards can easily make friends with their wonderful tunes and their jewelry works would purr a catfolk. They also would never turn their back on people who are in need of help. The elves can also help people physically and mentally with magic that can even cure mental disorders making them go clear. They care for nature and animals. They always never give in to pride, greed, envy, wrath, gluttony, sloth or lust.

The elves are all middle class since air magic can create electricity, energy and power, Nature magic that can create food and earth magic to create materials. So they don't need currency, a economy or corporations. Also they have crystals that can power devices without causing radiation. Cat-folk, and Golarion Elves and Humans can join the PAC as a friendship bond for the former and understanding between the races for the latter.

They are very best friends with Cat folk, lizard folk, Jakuan and gnomes. They are good friends with Golarian elves, The Aleph Order, the Akahalans and their post-Akahalans the Vanguard Super soldiers, Vesk, Lashuntas, Half elves, Tyrgards, halflings and kitsunes. They have a neutral behavior to dwarfs due to dwarfs suspicions of elves. They despised goblins due to the goblins being a embodiment of greed.

Anasan The god of the Faewilds, Fae, magic, Ancestral roots, nature, and life

The Elves were created by the Faewilds realm god known as Anasan god of the Fae, magic, Ancestral roots, Faewilds, nature, and life and are Enemies of the daemons who were created by Xalos god of destruction, chaos, shadows, darkness, corruption, evil and the Shadowfell realm. The Weave is a fabric of the universe that is the source of all magic in which the elves take great care of the weave. During the Eternal Conflict A group of elven heroes made up of a druid, wizard, ranger, rogue, and a sorceress defeated and destroy Xalos and sealed the daemons within the dark realm. Peace and hope was restored.

The humans who were created by the blood of Xalos' champion the titan that got in the ocean and the microspecies absorbed it and so begins human evolution and soon the elves found themselves outnumbered to the aggressive humans and fled to the Faewilds for protection with no one left behind. For many years science and man ruled over the earth however things are about to get worse for humanity.

However when the word of humanity extinction reach the ears of the elves they set out to reclaim there birthright home planet with the elves having cleaned up all of the radiation ultimately riding the world of oil, uranium and other hazardous materials, revive all the animals and cleansed them of radiation poisoning and mutations, heal and restored the once green planet known as earth, turn dark matter to light matter ridding the world of the Storm shadows and repaired the weave. The great ragnarok open up veins of clean energy crystals Soon the elves began to rebuild their cities know as Haven, Arborlon, Tirion, Orul and Ahmiye soon they found the technology left by the humans and with a few tweaks made their technological age focusing it's technology, leadership and societal focus on caring for the nature, astronomy, agriculture, planet and animal care, preserving all life, transportation, medicine, super computers, new weapons like laser rifles and blades, futuristic armor, cleaner power source, constitutional monarchy, hope, genetic advancements, magic and honesty instead of left and right politics, gun rights, cybernetics, democracy, consumerism, medias like social media and internets, corporations, capitalism, business, entertainment, government and developing dangerous world ending weapons like nukes. The elves discovered how to build star ships to travel to other planets, star systems and beyond with the invention of the Slingslash drive (a equivalent of a warp drive) that can travel to star system planet to another star system planet in the matter of seconds. Eventually the elves colonized Alpha centaur, tau ceti and many more eventually creating the Elven interstellar empire known as the Pan-Adranus Coalition.

War with the Confederacy

Eventually the elves came into contact with the confederacy when a group of PAC ships were exploring the Marthal sector when a confederate fleet saw them and thought they were pact worlds ships and attack them luckily the PAC fought back with prowess eventually the PAC-confederate war begin with the war ending in 3 years after the battle of Tarkus were the elves manage to free a captured catfolk colony and delivered a crushing blow to the confederate foothold in the Haven sector earning them the trust of the catfolk. This brought attention of the Jakuans who invited them to the stellar League whos members include the Akahalans, The Aleph order, Sykers, lizardfolk, catfolk, lionfolk, gnomes, kitsunes and the Jakuans.

Names tend to be a mix of Welsh, Icelandic and Swiss.

Balance's might Immune to charm, hallucinations, mind control and other psychic conditions.

This race was inspired by Shannara, bioshock, horizon zero dawn, Lord of the rings and Divinity. this a race is for a alternative starfinder universe called "Starfinder Dark conflict" it's a more mature themed saga about a 6 way war conflict between the Stellar League-pact worlds coalition, azlanti star empire, the Veskarium, the swarm, the confederacy (an alien empire known as consisting of the Hel'Kang (a race that looks like the elites from halo), Cabal (who look like there name sake from destiny), Apex (a alien robot race with designs looking like a mix of separatist droids from star wars, faro chariot corrupters and deathbringers from horizon zero dawn, vex from destiny and omnics from overwatch)) and the sectoids (who look like their namesake from xcom), Charon (from my Vanguard (Starfinder Race) race wiki page I made in Pathfinder page of the D&D homebrew site you're reading right now) and the Eternal shadows (who looks like the dark makers from Jak 3) with Starfinder Dark conflict having more extra stuff like more races, classes, lore and some details about some unexplained stuff with one being that the Absalom station was built before the gap. The Stellar league is a allied faction of Pact worlds. I'm also using this race for my book series called Eternal Stars. And the lore is basically why electing a businessman would lead to disaster.

This is a Elf I don't own this pic. 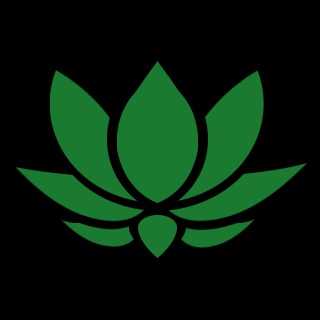 This is the PAC Emblem I don't own this.

This is a space age PAC elf soldier I made in hero forge I own this picture.

This is the PAC Human soldier sometimes Golarion humans will join the PAC in order to perfect an understanding between the two races.