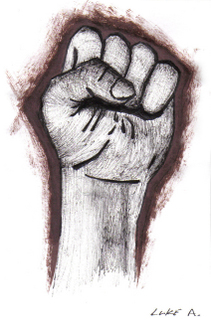 The Holy Symbol of Darshul

Darshul is the Valgorian god of of Revenge and Redemption. He is also known as The Punisher.

In mortal life, the mighty dwarf Darshul Darkbeard charged valiantly into battle alongside his mentor Vargach. On the day Vargach accended to his throne, Darshul felt personally abandonded and betrayed. Instead of taking up the reins of the militia the two had built, Darshul started onto a path to confront his former friend about his sudden rise to power and abandonment issues which would lead to ultimate corruption. Darshul has become an evil, evil man, trained in battle and wits by Vargach personally. As such, he is a serious threat to Good in every land.

Followers of Darshul follow but one saying: Ours for the taking!

Clerics of Darshul are found in major and minor areas all across Ghikva, Hesjing, and even Malsvir. Though they may not operate as such in public due to social stigma, they are always in the background calculating ways to do their master's bidding.

The most common gathering of followers is in Uriktar.