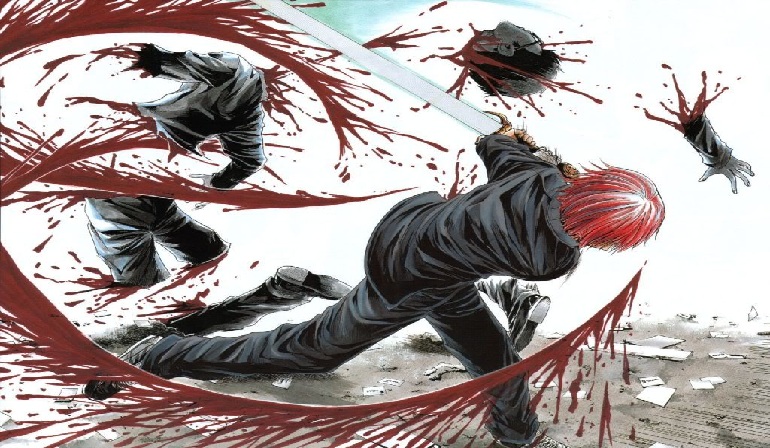 A Blink Blade, dicing up some enemies.

A Blink Blade is a person who uses spring attack and other feats to their full potential. Disappearing into combat and then suddenly surrounded by corpses, Blink Blades can be terrible foes.

Fighters and Rogues tend to become Blink Blades. The most important ability for a Blink Blade is dexterity, which gives him more attacks of opportunity. The next abilities would be Strength then Constitution.

Blink Attack: A Blink Blade can use the feat "Spring Attack" more effectively. He no longer needs a 5ft start to use Spring Attack, and can still use this feet while wearing heavy armor.

Tumbler: A Blink Blade is an avid tumbler, and doesn't invoke attacks of opportunity when tumbling through an enemy square.

Blur: At 4th level, a Blink Blade appears blurry, because of his incredible speed. This grants him a 20% miss chance as long as he isn't flat-footed.

Greater Blink Attack: At 5th level, a Blink Blade increases his expertise in attacking while moving. He can now attack up to 3 times when doing a spring attack.

Greater Dodge: Also at 5th level, a Blink Blade gains a +2 to ac from his "Dodge" Feat. He can also designate multiple targets, as long as they are all with 20ft.

Greater Dexterity: At 5th level a Blink Blade adds half his Blink Blade level to his dexterity, rounded down. A Blink Blade looses this enhancement while wearing heavy armor however.

Blink Blades in the World[edit]

Blink Blades in the Game[edit]