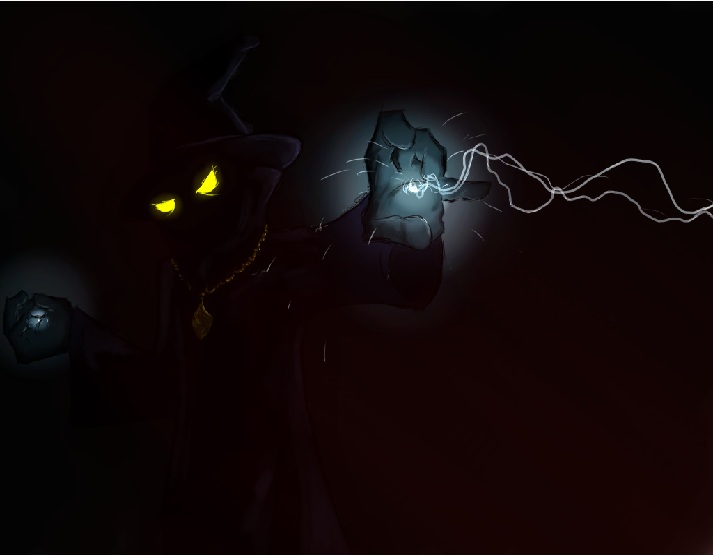 A Blast Mage is a powerfull spellcaster, that harnesses magical power and morphs it into an evocation of his chosing. He stops practicing base spells, and learns more about the raw power of magic. Blast Mages aren't well liked by most mages, the only spellcasters that will tolerate their presence are warlocks and sorcerors, or other classes that don't study to gain magic power.

If a spellcaster has realized that all he wants is more evocations then this is the class for him. It sacrifices learning the other schools of magic to focus solely on evocations.

+1 of existing Spell Level: A Blast Mage gains new spells known and spells per day in one of his previous spellcasting classes. This cannot be a class that the Blast Mage has to renounce upon becoming a Blast Mage however. Essentially, treat the previous class as being a number of levels higher, for the purpose of spellcasting, equal to the Blast Mage's level.

Augmented Casting : Starting at 1st level, you can choose to sacrifice a spell or spell slot from one of your classes to apply the effect of a metamagic feat that you know to a spell cast using another arcane class. (For instance, you could sacrifice a sorcerer slot to apply a metamagic effect to a wizard spell.) This sacrificed spell or slot is lost (just as if you had cast the spell) in addition to the spell you are actually casting. The level of the spell to be augmented can't exceed 1/2 your class level. For example, when you first gain this ability, you can only apply a metamagic effect to 1st-level spells. A 10th-level ultimate magus can affect spells of 5th level or lower. The level of the spell slot sacrificed must equal or exceed the spell level adjustment of the metamagic feat. To empower a spell, for example, you would have to spend a 2nd-level or higher spell. You can't use this ability to augment a spell already affected by a metamagic feat.

Blast Magic: A Blast Mage uses Blast Magic. He uses a number of points a day to create evocations which deal damage. By spending one point, he sends out a spell that deals 1d6 damage. He chooses an element (Fire, cold, acid, electricity), and then he chooses the type of attack it is (Touch, 30ft cone with saving throw, Ray[100ft+10ft/level] ranged touch attack, 15ft burst with saving throw, or a line[100ft+10ft/level] with a burst radius[5ft/level] with a saving throw). Any spell made in this way takes a standard action to cast. A Blast Mage can mimic any evocation spell with a spell level equal to his Caster level. He can do this from any spell list.

Force Magic: At 5th level, a Blast Mage can cast spells that deal force damage, just as he can normal spells.

Epic Magic: At 10th level, A Blast Mage can now cast spells that deal epic damage, instead of fire damage or etc.

Blast Mages in the World[edit]

Blast Mages in the Game[edit]