It is said that the lunar archons used to live on moons all over the galaxies, but nobody knows if the myths are true. Supposedly, the first of

their race could alter planets' orbits, control space, and even bend time. Lunar archons' ancestry is not well known because their race is very

old, and has roots too deep to discover. The first of the lunar archon race was Kirnapia the Mage, who's history was obscure. Most of the present

other such creatures). The majority seek knowledge more often than war, though there are some lunar archons who choose the paths of good or evil.

Seldom do lunar archons meddle in affairs of other races, though they don't mind partying with a group, as long as their interests are related.

There are also some lunar archons who group together and live solitary lives in the wilderness, but groups of lunar archons are not common, and

usually, a single lunar archon may be hundreds of miles away from the next of its kind. 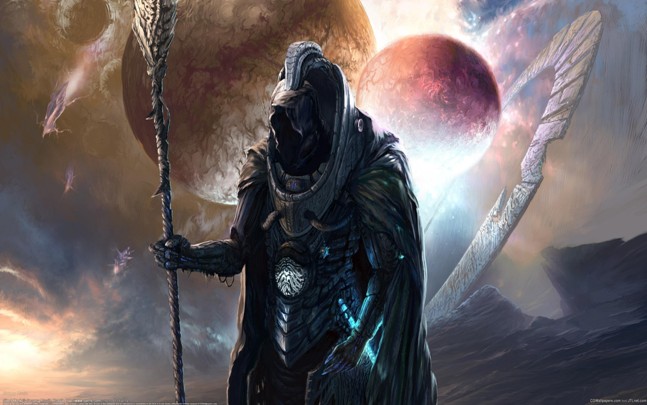 Lunar archons have a strong magical aura about them, and their skin is tinted with a silver hue. Their eyes tend to be blue, but can sometimes

be other colors. Hair color varies. Their bodies are very slender and tall, and they generally have a stature similar to that of an elf. Their

faces are sleek, angular, and curious.

Lunar archons tolerate most climates, and like to settle in an area with a clear night sky. Lunar archons gain a lot of

their knowledge from watching the planets, moons, and stars.

Lunar archons can worship a variety of different deities, or no diety at all, it's all up to their preference.

lunar archons are native outsiders, people tend to distrust them and will be a little bit suspicious of who they are.