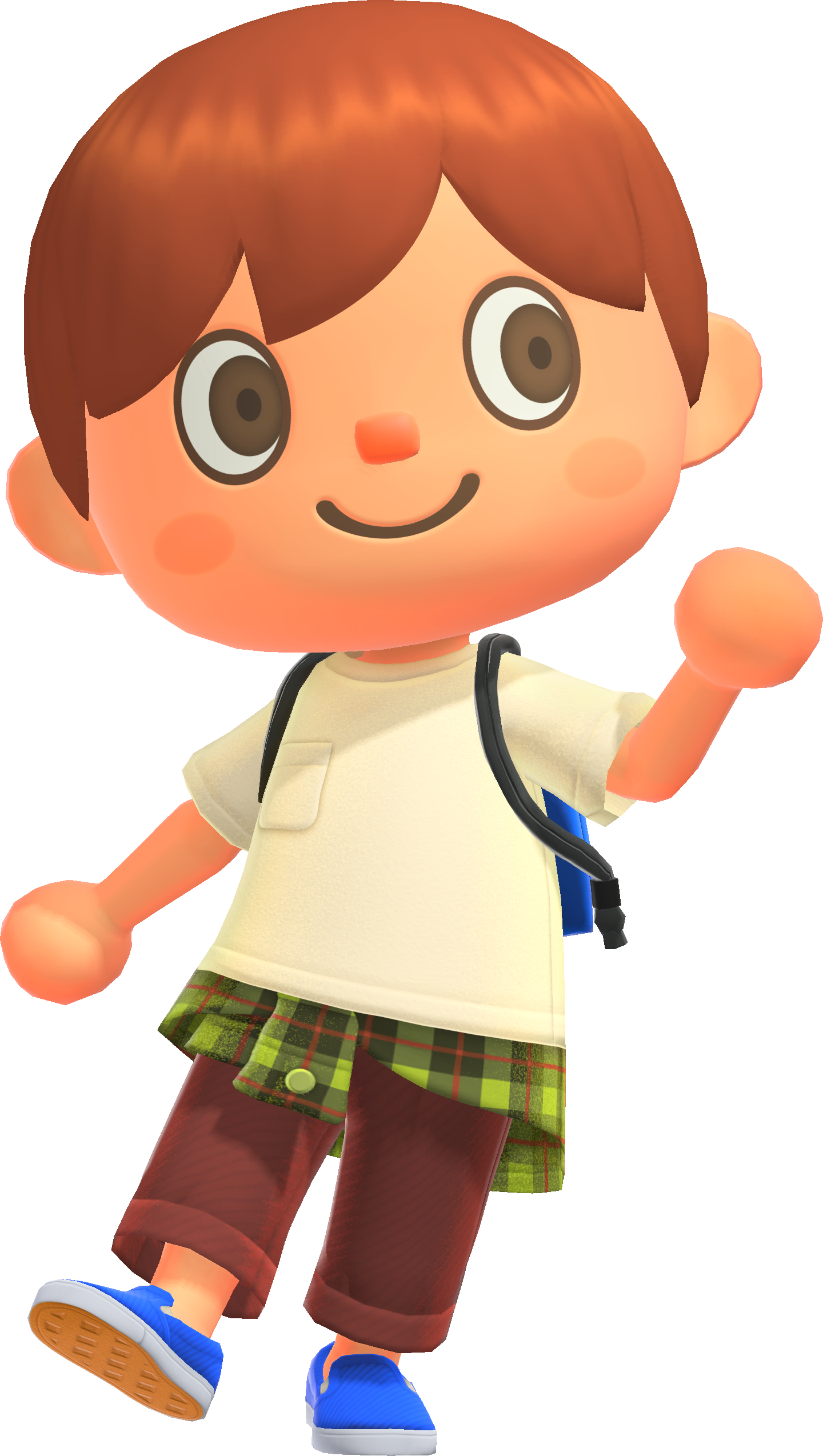 A Human Villager from Animal Crossing that you would like to use.

You come from an island (your island name - you can choose a name underneath Island Name Ideas) in the middle of the ocean. You were abandoned there as a baby by your parents for an unknown reason and raised by Animal Villagers. When you were little you established a love for building, trading and exploring. As you got older you realised that you could put your passions to use elsewhere.

It is in your blood to build structures, trade with people/animals, and to catch: butterflies, tarantulas, snapping turtles, frogs and frill neck lizards. When you catch these animals, you claim them as your pets. There is not much else known about the Human Villager society.

Starting equipment as a Human Villager[edit]

Axe: Because of your race, you start with an axe and you are proficient with this tool/weapon.

Human Villager's are extremely social and will interact with anyone and anything they encounter. They are like your average human, smaller and weak when little, but grow into knowledgeable and independent people. Human Villager's love to get to know new things and are open minded, but will not put up with being insulted/bullied or seeing someone else getting insulted/bullied (unless they are the one's doing it).
Ability Score Increase. Your Intelligence score increases by 2, your Wisdom score increases by 1, and your Dexterity score is reduced by 1.
Age. Human Villager's age with human years. Becoming completely independent by the age of 15 but does not fully mature until 30. They are able to reach the age of 100, but usually die between the ages of 80-90.
Alignment. Due to the wide range of personalities, Human Villager's lean towards Chaotic Good (it depends on what you want your character to be).
Size. Human Villager's can only grow up to 5ft (152cm), and usually weigh between 121-132lbs (55-60kg). Your size is Medium.
Speed. Your base walking speed is 25 feet.
Absent Minded. Absentminded is seen as someone who is smart but is always thinking too much. Because of this, they may end up being lost in the conversation or not being aware of where they are. Your character may be someone they rely on for knowledge, but when it comes to being in the present, count them out.
Nearsighted. You have an advantage on Perception checks that are within 30ft (9 meters) of you of you (anything further back you have to roll a disadvantage roll). You have a disadvantage when using weapons that use dex as the attack bonus.
Easy Going. This is a friendly trait. Being friendly means that people like talking to you and you have no problem making friends. An easygoing character may be gullible as well, but can be trusted quite easily. Because of this, you are proficient in Persuasion and Deception.
Inattentive. You are skilled at finishing small tasks extremely quickly, but you have difficulty dealing with longer, more complex tasks.
Animal Handler. You are proficient in Animal Handling and can communicate with small animals.
Languages. you can speak, read and write in common/undercommon, and one language of your choice.