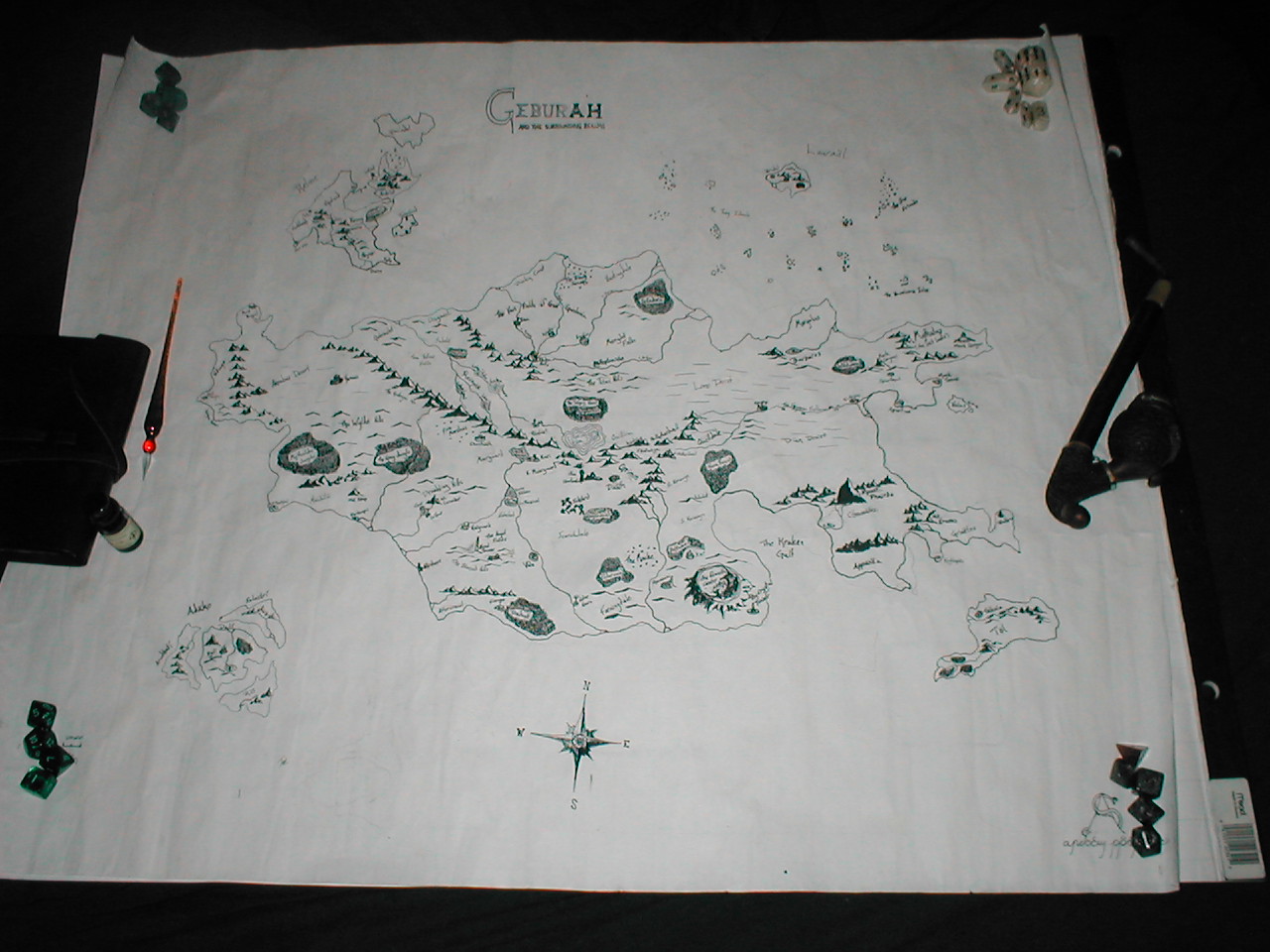 Welcome to the Gardonian Adventurer's Guild! We hope you find these resources useful. For any future questions, feel free to use our guild offices found in any major city worldwide, as long as you remain a dues paying member!

The Age of Titans Campaign Setting is in many ways a standard D&D campaign setting. All the base races and classes are represented, as are the deities of Greyhawk, and very few variants are universally used. Nonetheless, an Age of Titans campaign puts a new twist on D&D, by allowing a level of variety and mood provided in few other Campaign Settings. The breadth of the world and isolation of the various regions allows a role-playing experience in which the characters join the war between the armies of kingdoms dedicated to angels and devils, trek across the desert fighting giant scorpions with an Arabian caravan, unlock the mysteries of the esoteric Pharonic religion, or just take arms against dragons deep within an underground labyrinth of caves, and that's just the tip of the ice-berg. This article will provide the basics of why you should play in the Age of Titans Campaign Setting and what you should expect if you do, and it will lead you to further supplements to assist you in building your character or quest.

Geburah is divided into 7 broad regions, which are mostly isolated from each other but still allow for travel when necessary. Two of these regions are based on high fantasy, classic D&D adventuring. The rest are based on some conception of historical fantasy, such as mythical Europe, Egypt, Greece, Africa, and many more. To facilitate the "historical" feel of the game, great effort was taken to craft a fairly realistic world while maintaining the magic and mystery of the fantasy genre. Even in the modern world there is no "common" language or universal currency, and so this is true also of Geburah and its surrounding lands. The existence of the Gardonian Adventurer's Guild (see Life in Geburah) makes this possible without the campaign getting bogged down in minutiae, but it remains an important element of the campaign to keep it down to Earth and a little gritty.

Age of Titans was designed with adult themes in mind. In the east, the existence of slavery is considered part of daily life and rarely questioned, even by good kingdoms. In the north, anyone with orcish or goblinoid traits must keep papers and present them frequently to avoid arrest when in cities and occasionally face lynchings in the countryside. In Relme the major church worships the God of good, yet leads conquests into other lands to convert them to their religion or face their deaths. Naturally these elements will not be a part of every campaign, and can be omitted for a lighter adventure, but they are part of the setting's design, and so this setting may not be best for groups who are made uncomfortable by difficult concepts.

Age of Titans and other D&D Wiki Settings[edit]

Playing in Age of Titans[edit]

If what you've read so far interests you, the following supplements are the place to get started in deciding how your Age of Titans campaign will fit in with the overall setting, and should also give you a wealth of ideas for quests.

These materials should provide you with the backbone of the setting. After familiarizing yourself with the basics of the world, you should decide which region of Geburah you are most interested in playing. The race and class options and other specifics for that region will be provided in one of the region-specific supplements listed below. Keep in mind that the party need not stay in that region, but the specifics for the region they come from will be important in building their characters.

The following quests were created for this Campaign Setting or were successfully run in it.